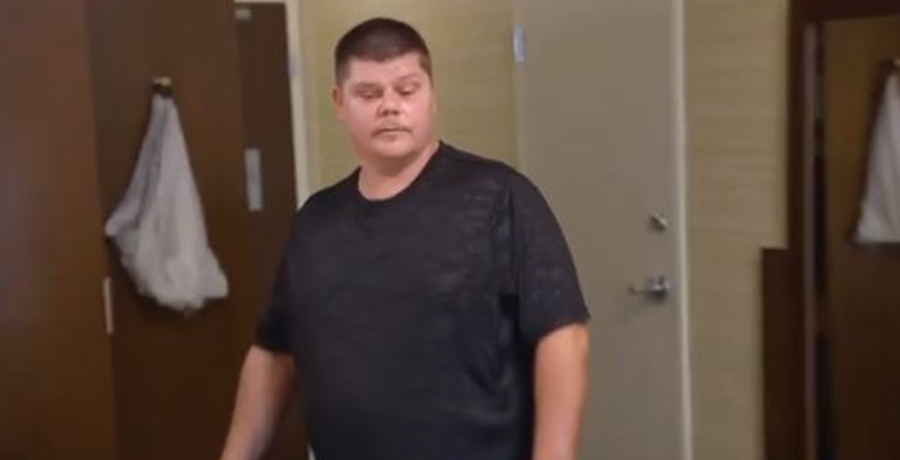 Jo Shannon, (aka Doe Doe Shannon) meets up with Geno Doak in Friday’s episode on WEtv. Plus, a new preview reveals that Geno clashed with both June and Pumpkin. Did he just mess up all of June’s efforts to reconcile with the family? Fans already guessed that he’d likely ruin everything and that seems to play out in this season of Mama June: Road to Redemption.

Jo Shannon curls up her lip, unimpressed with Geno Doak

In a previous teaser for Mama June: Road to Redemption, June knocked on her sister’s door. Doe Doe closed it in her face. So, that wasn’t an auspicious start as June tried reconciling with the family. Spoilers follow, so stop reading here if you don’t like them. In a preview shared by Honey Boo Boo, it picks up from the end of the last episode on WEtv. That came when June reunited with Ella Grace at a park. However, Geno Doak didn’t stay in the car and walked up to join them. Pumpkin took it badly.

In the new preview, fans see Jo Shannon and Pumpkin looking unimpressed. Spoilers from June revealed that she only saw the kids once in the last year. Actually, she said that it came when they filmed for this season of the show. So, it sounds like the meetup with the family all went bad when Geno crashed the meeting. Potentially, that’s why June didn’t follow up with more visits in the last year. Of course, the previews for Mama June: Road to Redemption mix things together so people might get the wrong impression. However coupled with what June said, and the new preview, it seems Geno messed it all up.

It’s unclear if June stays in touch with her sister, Jo Shannon these days. However, June told ET Online that nobody can foresee the future. Once again, she shouted the praises of Geno and insisted that she led him astray. However, in two new previews that overlap slightly, it seems like he confessed something bad. Apologizing, he said that he’s “really sorry.” Additionally, he said it “shouldn’t have happened.” Well, he said it in a preview shared by Jessica as well. In the one that Jessica shared, it added a snippet at the end where Doe Doe curled her lip and looked unimpressed.

The clip of Jo Shannon reveals her sitting on a couch indoors. But the bit where Geno repeatedly said the same thing took place on a patio with Pumpkin. Now it could be misleading, but it sounds like he possibly let it slip that someone slipped with their sobriety. Pumpkin’s determined to keep her child Ella Grace safe. In fact, last week, she mentioned that she can’t trust her mom who lied about her sobriety in the past. Did Geno confess that? Is that why June only saw the kids once?

Of course, it could be that he just apologizes for gatecrashing the meetup with Ella Grace. Or, he might apologize for their addiction in the first place. Pumpkin confronts him and June yells at him that she only gave him “one job.”

In any event, Jo Shannon looks impressed, Pumpkin sounds unforgiving, and Geno blusters his way through his apology. In another snippet, Honey Boo Boo looks thoroughly unimpressed with her dad, Sugar bear. Catch the new episode of Mama June: Road To Redemption on WEtv on Friday, April 16 at 9/8c.

’90 Day Fiance’ Molly Hopkins Is A BOMBSHELL After HUGE Weight Loss- See Pics
Uncle Dale Mills Encourages Danielle Busby To Wear Something ‘Skanky’
Did Ariana Madix Change Her Stance On Having Kids?
Wait, Why Was Jeremy Vuolo Silenced On TikTok?
Wait, What?! Matt James & Rachael Kirkconnell Left ‘After The Final Rose’ Together?!