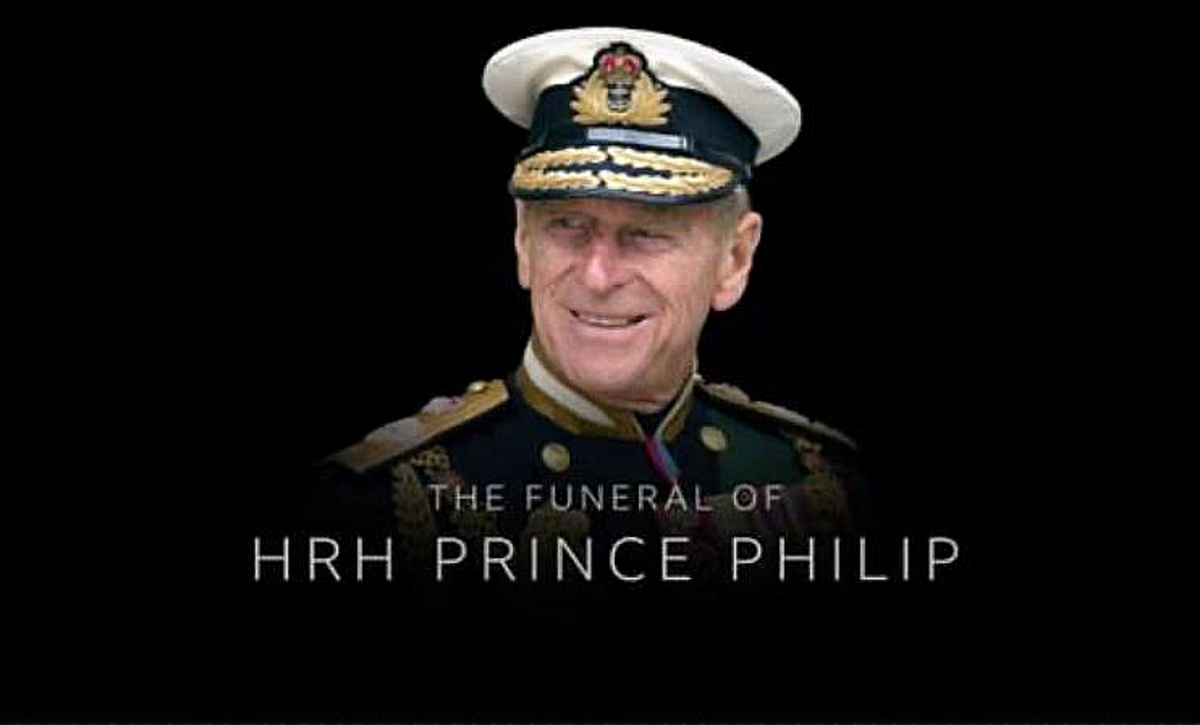 Today the details of the funeral procession of HRH The Duke of Edinburgh Prince Philip were made public. It was also noted that his two grandsons, Prince Harry and Prince William would not walk together in the ceremony.

In a press statement from the BBC Global News, it was announced that BBC World News, the BBC’s global 24-hour news channel, announced it will cover the entire proceeding and plans around the funeral of HRH Prince Philip.

On April 17, their full coverage begins at 1 AM ET with Maryam Moshiri broadcasting live from Windsor Castle.

From 7:30 AM ET, Huw Edwards introduces live coverage of the ceremonial funeral of HRH The Duke of Edinburgh from Windsor. It is scheduled to last until 11:20 AM ET.

Details on the funeral

Her Majesty The Queen, together with other members of the Royal Family will attend this funeral service. Meghan Markle remains in California and was advised not to travel with her husband, Harry.

The BBC revealed that a full military procession and members of the Royal Family will accompany the coffin, as it makes the final journey from Windsor Castle to St George’s Chapel.

Prince Harry and his brother, Prince William are not to walk side by side in the ceremonial procession behind their grandfather Prince Philip’s coffin before his funeral at Windsor Castle on Saturday, according to details released by Buckingham Palace.

UNITED IN GRIEF BUT SO APART

William and Harry will not walk side by side at the Duke's funeral#TomorrowsPapersToday pic.twitter.com/QMV0pwBF3u

Their cousin Peter Phillips is slated to walk between the brothers as they escort the coffin to St. George’s Chapel.

It will be their first appearance in public together since Harry and his wife, Meghan, the Duchess of Sussex, gave a jaw-dropping interview to Oprah Winfrey last month.

The allegations about their alleged and perceived racist treatment by the royal family are still making waves in the news.

Throughout the afternoon, Huw Edwards will be joined by special guests. Royal experts will share their thoughts and analysis on this historic occasion and pay tribute to The Duke of Edinburgh’s life of service and duty.

JJ Chalmers and Sophie Raworth in Windsor will also report on the events from locations around the Castle and will interview those participating in the ceremonial events.

How to watch the funeral

The funeral of HRH the Duke of Edinburgh will take place at St. George’s Chapel, Windsor on Saturday, April 17, 2021 at 3:00 BST. The service will be preceded by a ceremonial procession inside the grounds of Windsor Castle.
BBC One will broadcast the event. The ceremony will begin with a National Minute’s Silence (a moment of silence).

British networks BBC, Sky, and ITN will carry the service in the UK.

In the U.S., NBC News will carry the broadcast beginning at 9:30 am EST on both their network and their streaming service. CNN will air the funeral, beginning coverage at 9 am EST. For Canadian viewers, CTV News will begin live coverage of the funeral at 8 am EST.