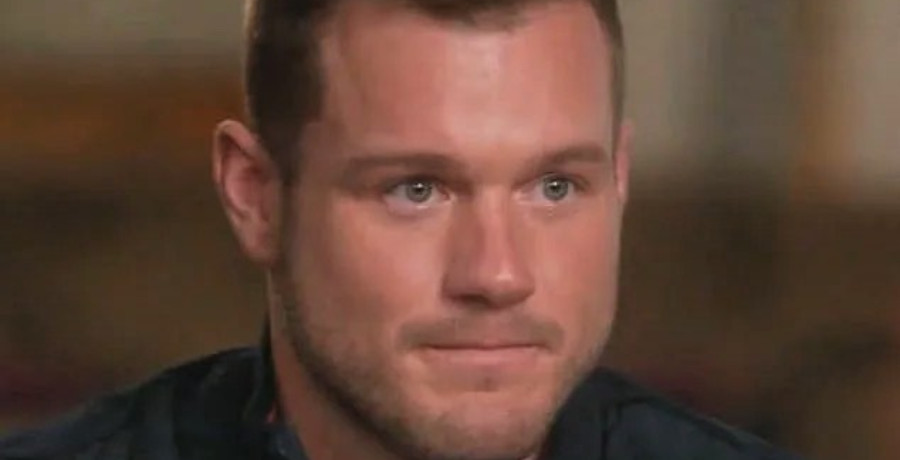 Did religion play a role in Colton Underwood playing it straight?

During his emotional coming out interview, Colton Underwood spoke about his religion. As fans of The Bachelor know, Underwood is serious about his Christianity.

His religion was partly why he was still a virgin in his 20s. As he said on GMA, the other part of his virginity was that he was gay, though he didn’t accept it at the time.

How did religion shape Colton Underwood’s refusal to accept his sexuality?

Colton Underwood Used to Pray ‘the Gay Away’

On Wednesday, April 14, ABC aired an interview between Colton Underwood and GMA’s Robin Roberts. One part of the interview aired that morning on GMA, with another segment airing on Nightline.

JUST IN: Former “Bachelor” star @Colton Underwood speaks his truth and comes out to @robinroberts: “I’m gay. And I came to terms with that earlier this year and have been processing it… I’m the happiest and healthiest I’ve ever been in my life.” https://t.co/PoYJUAPBpA pic.twitter.com/isP7SptUu7

During one segment, Underwood spoke about asking God to “take the gay away.” He said that he prayed every morning “for Him to change me.”

Colton Underwood took it as a sign when he got the offer for The Bachelor. He felt that it was God answering his prayer to be straight, per Us Weekly.

“I remember that vividly and saying like, ‘Finally, you’re letting me be straight,’” Underwood said about appearing on the dating competition.

However, he ultimately couldn’t get comfortable in his own skin. During his time on various Bachelor Nation shows, he romanced Becca Kufrin, Tia Booth and Cassie Randolph.

His break-up with Randolph was volatile, resulting in her filing a restraining order against him.

During his interview, he apologized directly to Cassie Randolph for the “bad choices” he made in their relationship.

Coming Out Strengthened His Relationship With God

The former pro football player told Robin Roberts that he grew up in the Catholic Church, even attending a Catholic school. He was told from an early age that being gay “is a sin,” even citing the Bible.

Llooking back, Underwood’s not surprised that he stayed in the closet for so long. He said, “Gay was always affiliated with a connotation of negativity and I think there’s a lot of things when I look back, I’m like, no wonder I held it in.”

But over “the last year,” he has “gotten closer to God.” Coming out gave him a sense of freedom to “be present” and lean into his faith. Colton Underwood understands that some fans will find it hard to wonder how he can be gay and Christian at the same time.

However, he now feels he can “wake up and pray to God and I can have faith and I can go into church.”

Viewers may learn more about Colton Underwood’s process of coming out. There are rumors that is he working with Netflix on a new reality show about his life. Netflix has yet to comment on the rumors.

Savannah Chrisley Has A BIG Question About Showering & Storms
Oops! Did Isabel Roloff Accidentally Spill Her Baby’s Name?
Amy King Teases That Jill Duggar May Be Working On A Tell-All Book
‘Bold And The Beautiful’ Wedding SHOCKER Sheila Tells Finn ‘I’m Your Mother’
Is ‘The Bachelor’ Scripted, Former Cast Members Weigh In?