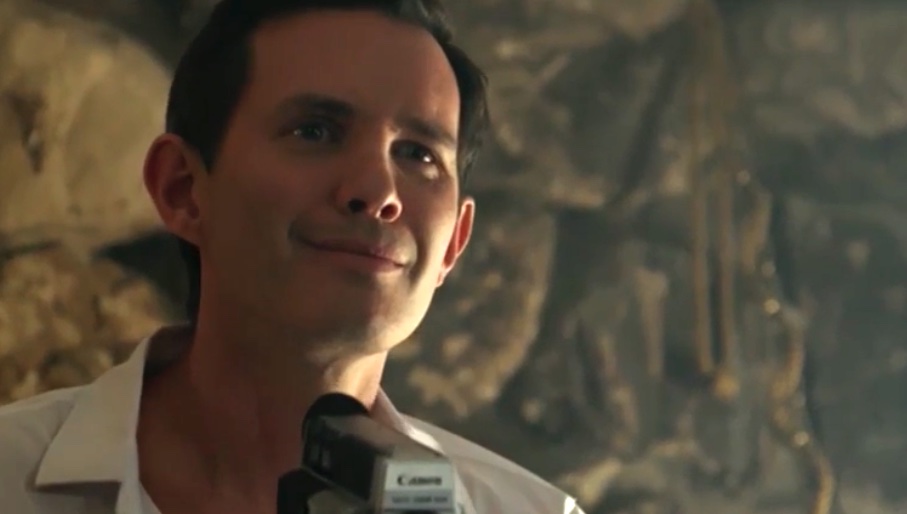 Lifetime, Movies
Share on Facebook
Share on Twitter
Share on Pinterest
Share on LinkedIn
Lifetime has some Family Secrets to divulge in their new thriller, Obsessed With The Babysitter. This new LMN movie stars Kristen Vaganos (My Sweet Holiday), Hannah Aniela (Yours To Bury), Simon Haycock (Invasion Planet Earth), Dominique Swain (Lolita), and Castle Rock (Make It Pop).
Are you ready to learn more about this terrifying cautionary tale?

What Is Lifetime’s Obsessed With The Babysitter About?

According to the Lifetime synopsis, Elaine Davidson (Vaganos) is a dancer who suffered a serious injury. Without her dancing, she now feels quite vulnerable. Moreover, Elaine is now on a psychologist’s radar. He has determined that she’s the perfect woman. His perfect woman.
The good doctor makes it clear that he thinks women should be home taking care of the children, fearful, and submissive.
This is a Lifetime thriller, so it is no surprise that he is her employer. For years, Elaine has been babysitting Adrian (Haycock) and Sylvia’s (Swain) two daughters, Lilly and Makenzie. A dancer has to have some source of income. Besides, Elaine enjoys her work and the girls.
The two girls are Sylvia’s from a previous relationship. Before meeting Adrian, Sylvia had been involved with a string of losers. But now, Sylvia is a bit concerned. She isn’t sure about her husband’s line of work. Unlike his mother, whose work focused on children, Adrian is obsessed with women. Does Sylvia realize that Adrian is obsessed with Elaine?
Sylvia had better watch out, as Dr. Adrian Cartwright has installed a camera in Elaine’s apartment. The suave, wealthy Brit seems like the perfect gentleman to the outside world, but he spends an awful lot of time on his laptop.

Turns out, it is because he is watching Elaine. Sylvia suspects something. She asks Elaine to cover-up by the pool and seems to notice her adored spouse is preoccupied. However, it is not too long before Elaine realizes that he is manipulating her. Is he using her injury as a way to sway her mind into succumbing to his power? She begins to wonder what is going on when she shows up for work one morning. Is there a murderer on the loose? Does Elaine need to take the girls to safety?

When Can You Watch Obsessed With The Babysitter?

Catch Lifetime’s Obsessed With The Babysitter on Thursday, April 15, at 8 p.m. Eastern, on LMN.

This is a cautionary tale about a couple ready to marry when his best pal comes to town to be his best man. Suddenly, their lives and marriage are in question. Catch Lust on Saturday, April 17, at 6 p.m., and Envy right afterward at 8 p.m., on Lifetime.

Don’t forget to catch the premiere of Obsessed With The Babysitter on Thursday, April 15 at 8 p.m., on LMN.