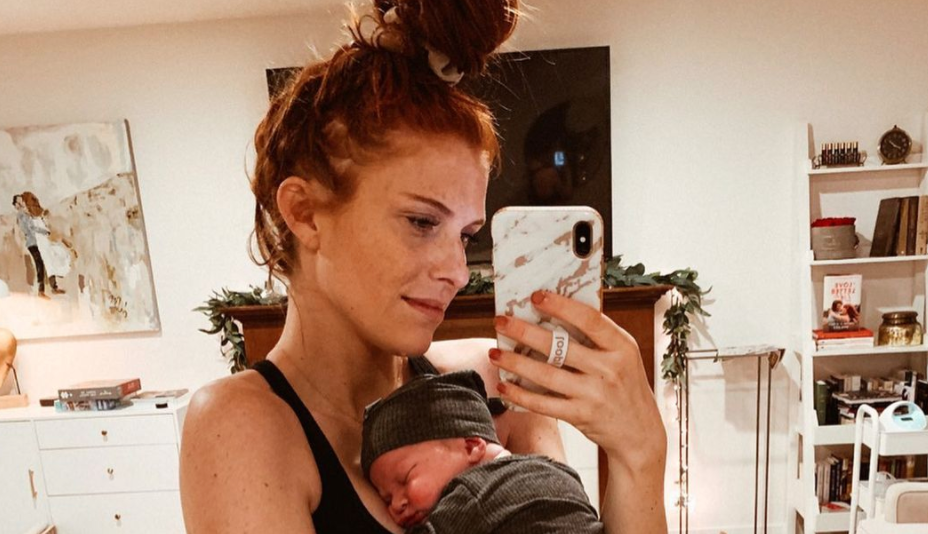 Little People, Big World alum Audrey Roloff is updating fans on just how much her son Bode has grown. In a few snaps on her Instagram stories, Audrey showed her followers how much fun Bode, 1, and Ember, 3, had while playing on the trampoline.

In the snaps, Bode is toddling around. He seems to have pretty good balance walking on the trampoline. He looks like he enjoys keeping up with his older sister as she jumps and plays. The brother-sister pair is wearing similar white outfits.

Bode turned one in January, and at that point, he wasn’t ready to be on the move yet. On his birthday, Audrey sweetly wrote, “You like to climb but you aren’t too interested in trying to walk yet, you have 7 teeth, you exude joy and you have such a gentle spirit and tender heart.”

In the past couple of months, Bode has been working hard to learn how to walk. Maybe he was excited to be able to keep up with his big sister. It’s not clear when Bode officially started walking, since Audrey didn’t share any snaps of him learning how to walk on her main Instagram feed. But it looks like he’s used to walking now and is toddling around with confidence, even on the trampoline.

Audrey has shared lots of pictures of her little boy as he’s grown up. This first picture was taken when he was just two weeks old.

The LPBW alum shared this adorable photo of her son when he was four months old. She called him a “tempting distraction,” as she was hard at work on her book manuscript.

Then, she shared this cute photo of him on his first birthday in January. It looks like the little guy loves trains. He was spoiled on his special day and even got his own ride-on train.

Fans are excited to see how Ember and Bode continue to grow. Though Audrey and Jeremy aren’t on Little People, Big World, they share social media updates about their kiddos.

So, can you believe how quickly Bode is growing up? Do you like seeing new updates from Audrey Roloff as the kids grow? Let us know in the comments below.

For more updates about the LPBW family, check back with TV Shows Ace.