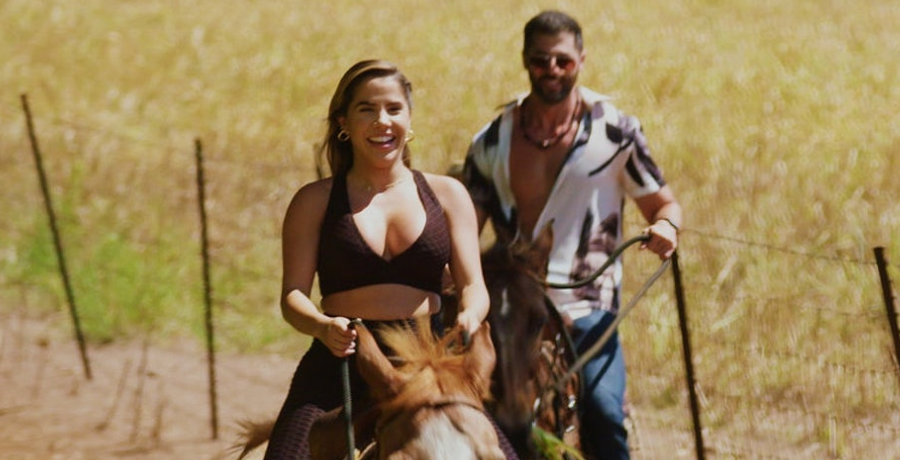 Thomas Gipson and his girlfriend Chelsea Orcutt went on Temptation Island to fix their relationship issues. Chelsea felt that Thomas flirted too much with other women, even in the vicinity of her. He feels that she’s way too insecure and jealous. So, they decided to put them in the midst of singles hoping to win their hearts over.

Gradually, over the weeks ahead, the couple’s relationship started to falter. This has to do with the connection between their respective partners. Thomas can’t help but fall for Sophia Perez since she’s his dream woman. Meanwhile, Chelsea has had her eyes set on dentist Dr. Blake Eyres.

‘Temptation Island’ — About Thomas and Chelsea

Temptation Island fans want to know if Thomas and Sophia left the island together. First, it’s time to look back at his relationship with Chelsea. He made it clear that he still loves his girlfriend. The 37-year-old actor, model, and investment trader admitted that he’s “been commitment-phobic in the past.”

Chelsea, 30, is the first woman with whom he’s been in a “genuinely serious relationship.” However, she couldn’t stop thinking about his “natural charm and flirtatious nature,” which led to Chelsea’s “jealousy and possessiveness to go through the roof.” On Temptation Island, Thomas hoped to quell Chelsea’s insecurities.

Sophia came to the villa to shake things up. She described herself as a “feisty Latina” who wanted to “spice up” the mens’ relationships. Thomas and Sophia hit it off from the start, but he didn’t take it farther than flirtatious banter. He also admitted that the 22-year-old Cuban American makeup artist is his ideal woman.

Chelsea did not like seeing her boyfriend rub a mud mask onto Sophia’s behind. So, she decided to take things a little further with Dr. Blake. However, the two have only kissed — while Thomas and Sophia took things further during their intimate date on Tuesday night’s episode. His accusations of “cheating” led him to get even closer to Sophia.

Did he choose Sophia over Chelsea?

Next week is the season finale of Season 3 of Temptation Island. As of right now, it’s unclear where things stand between Thomas and Chelsea. The couple still follows each other on Instagram and occasionally like each other’s posts, so they must still be friends. However, they don’t have any recent photos together, which could signal the end of their relationship.

Thomas and Sophia have also flirted on social media numerous times since filming Temptation Island. On March 10, Sophia shared a photo of herself with the caption: “No bad energy.” Thomas commented: “positive vibes only” alongside couple emojis. Sophia playfully responded: “And that’s on PERIODTTT.” Then, Sophia commented on some of Thomas’s photos with flame emojis, which he also responded to.

What are your thoughts? Do you think Thomas left the island with Sophia? Sound off below in the comments.