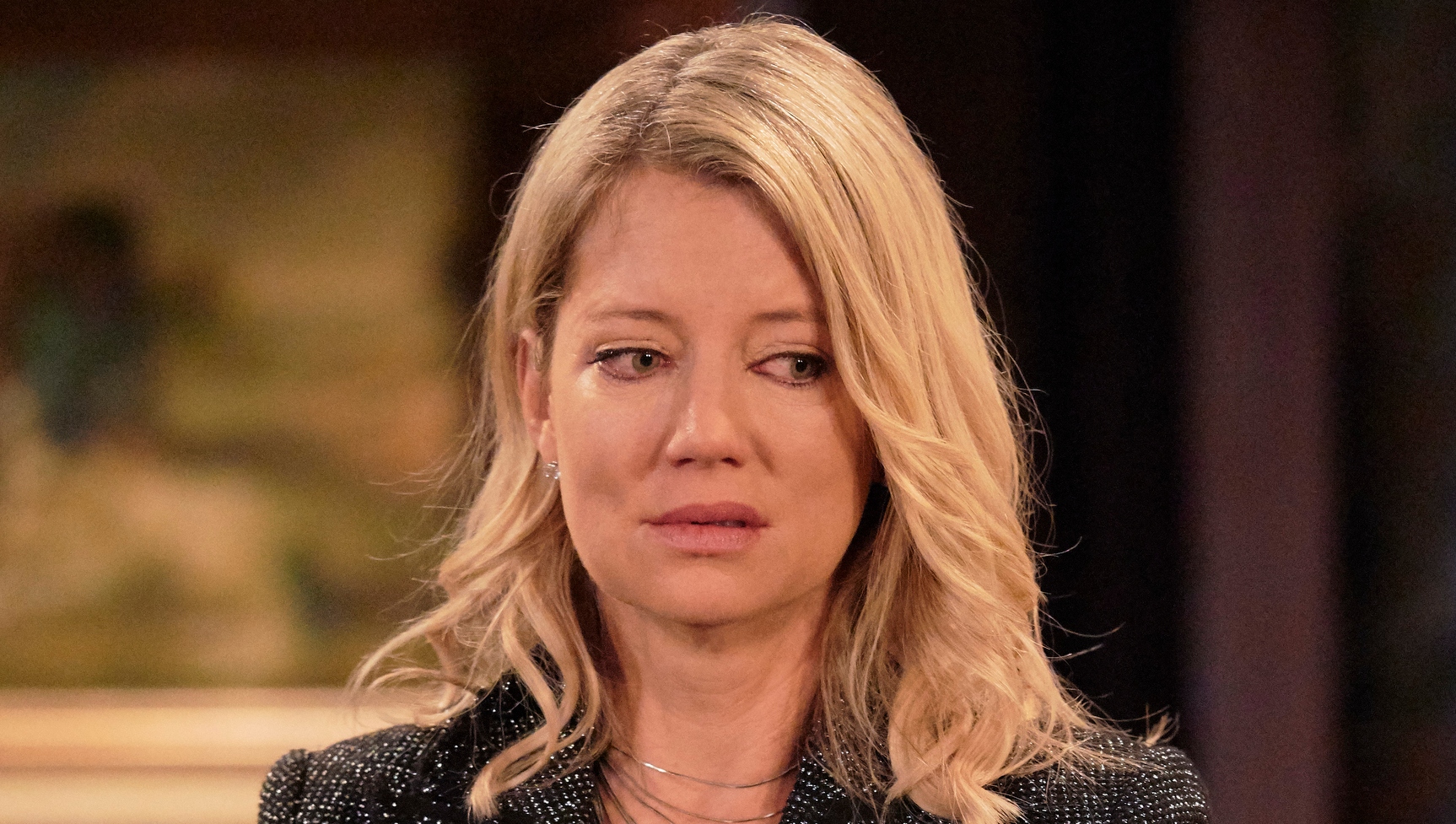 Viewers will see more with Nina and “Mike” during Wednesday’s episode of General Hospital. The latest spoilers tease this could get quite interesting in the days ahead. She’s still pretending she doesn’t know who “Mike” really is, but she’s about to face a dose of reality.

The General Hospital sneak peek for the April 14 episode shows Nina and Mike hanging out together at the bar in Pennsylvania. Things are getting flirty between these two and that will continue during these upcoming scenes.

Mike tells Nina “who knows” what he’s got up his sleeve. She smiles back at him, although General Hospital spoilers hint he may have an ulterior motive during this conversation. SheKnows Soaps details that Mike will do some fishing as he talks with Nina.

Whatever Mike and Nina discuss during this upcoming conversation, General Hospital spoilers signal it may get him a step closer to remembering who he really is. Nina could provide all the answers he needs immediately, but she’s chosen to play some games instead. This seems destined to backfire on her, but when and how will that happen?

"Who knows what I've got up my sleeve." #GH pic.twitter.com/oshU0nkdWU

General Hospital Teasers Promise Major Progress In The Days Ahead

While Nina keeps herself immersed in the life she’s living in Pennsylvania, General Hospital spoilers detail Jax will try to fix things back in Port Charles. The preview shows him talking to Michael, and this will surely be about Wiley. It seems Jax will try to talk Michael into letting Nina back into Wiley’s life again. Given what previously happened, that’s something of a big ask at this point.

If Jax can convince Michael to let Nina spend time with Wiley, she’ll have a big decision to make. Would she stay in Pennsylvania to keep this charade going with Sonny? Would she consider that a higher priority than spending time with her grandson?

Nina’s Ruse May Be Exposed Soon

General Hospital spoilers hint that she’ll stick with her current plan for now. Next week, she’ll try to keep her cool when something pops up that could rattle her. In addition, next week, Jax will face something messy. It doesn’t sound as if he’ll come face-to-face with Nina and Sonny yet, but it certainly seems likely that she’ll be exposed soon.

Not only will Jax be reaching out to Nina, but General Hospital spoilers indicate Valentin will try to find her too. He’ll hope that Curtis can get answers for him and all signs point toward major chaos with this Sonny situation coming soon.

Colton Underwood Reveals Details About Netflix Show In New Interview
Fans React to ‘Mom’ Series Finale
Adam Busby Is Partying It Up In Cancun
Justin & Claire Duggar May Be Preparing To Start A Family – Here’s Why
‘The Circle’ River, Where Is He Now?