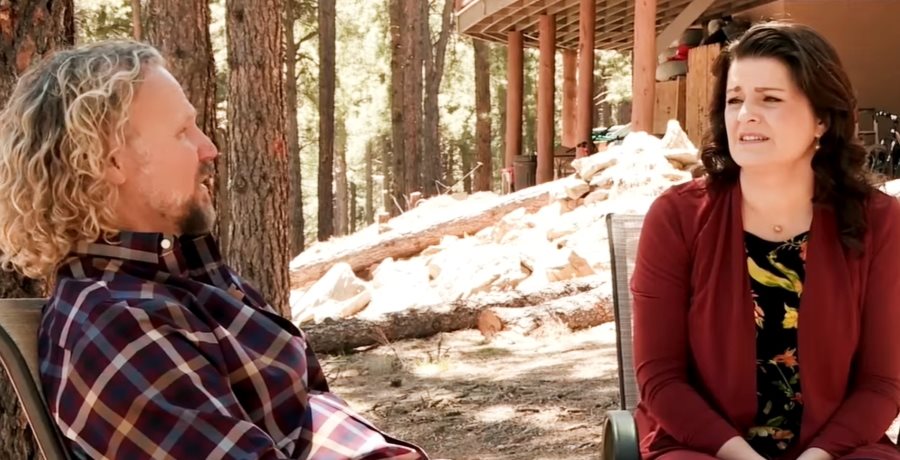 Sister Wives is gearing up for the Season 15 finale on Sunday. Ahead of the finale, TLC releases a trailer for the upcoming episode. Kody and Robyn Brown discuss a couple of things in the trailer. Keep reading to find out more.

Sister Wives Kody and Robyn Brown talk about having another baby

The trailer begins with Kody and Robyn Brown having a conversation outside of her home. It begins with Robyn proclaiming, “I have days when I’m baby hungry and I really want another baby.” However, it seems that being baby hungry is a dueling emotion for the fourth wife. “And there are other days where I am so tired right now and I’m so exhausted and the idea of having more children is just not something I’m interested in at all,” shares Robyn.

However, as she continues, she seems to get more emotional.  “The fact that I have not come to a complete conclusion about whether or not to have more children or that I should has been baffling to me.” In the trailer, Robyn asks Kody point-blank if he wants to have more kids.

Listening to Kody discuss his children and where he is in his life now, almost makes it seem like he’s struggling with his lifestyle. “We’ve had a lot of children. We’ve been very successful with our kids. Our kids are very successful,” begins Kody. Additionally, he says, “I did my part.” He goes on to elaborate some more. “You’ve got to understand I’m coming from an obligation where I thought in a different time in my life and it’s hard to move from that paradigm, that I’m supposed to have as many children as I possibly can.”

Additionally, he says “I’ve moved on from that paradigm. That pressure isn’t on anymore.” In a Sister Wives confessional segment, he shares that he’s “been spoiled with children”. However, it wants to “figure out what the right thing to do is and do it.”  The camera then goes back to the couple’s discussion and Robyn thinks that if Kody doesn’t “feel done” then they should try to have a baby.

Next, Kody adds to the confusion of this situation. He shares that he’s “more concerned” about Robyn’s age than his own. In another confessional segment, he explains that he’s “52 and will be 70 when Ariella graduates.” At this point, he says, “70’s the new 50.” However, he also shares that “raising Ariella is making me feel my age sometimes.” He also says, “She’s rewarding, but she’s not an easy person sometimes.” This isn’t the first time Kody shares his thoughts about Ariella. Keep reading to find out what he says about her on Twitter.

In a recent Twitter post, Kody shares his thoughts about Ariella. “Ariella Mae is such a force,” writes the father of 18. “She is also very loving and affectionate. I have really enjoyed being her father,” continues Kody. However, according to this tweet, 70 may not actually be the new 50. “I wish she would go to bed before midnight. I arise at 6:30. I’m getting tired,” writes the father.

Ariella Mae is such a force. She is also very loving and affectionate. I have really enjoyed being her father. I wish she would go to bed before midnight. I arise at 6:30. I’m getting tired.#SisterWives

All of that to say, fans may or may not find out during the season finale of Sister Wives if Kody and Robyn Brown are going to try to have another baby. What are your thoughts on their situation? Let us know in the comment section below. Come back to TV Shows Ace for more Sister Wives news.

Tune into TLC Sunday at 10 PM EST for the Season 15 finale of Sister Wives.

‘The Bold and the Beautiful’ Spoilers, May 10-14: Carter and Quinn Are All In
‘Homemade Astronauts’ Exclusive Interview: Ky Michaelson Talks Rocket Building And Elon Musk’s Ventures
Myrka Cantu Claps Back At Allegation She ‘Trapped’ Ethan
‘Below Deck Down Under’: Where Can You Watch It?
‘BIP’ Kevin Wendt & Astrid Loch Expecting First Child Following Fertility Struggle