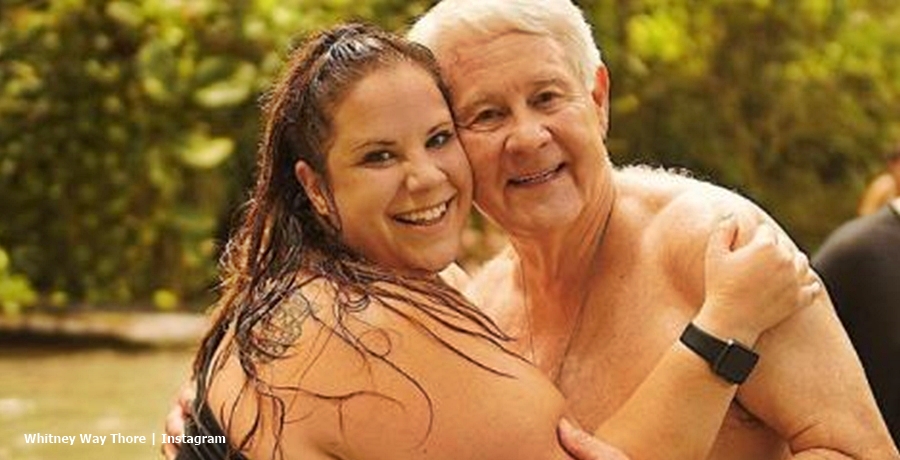 MBFFL star Whitney Way Thore still lives in Greensboro, North Carolina where she arrived when her mom Barbara Thore gave birth on April 14, 1984. Now heading for her 40s, the TLC star just turned 37-years-old. So, what did she do? Did someone take her out for a special meal? Or did friends and family join her? Was Buddy Bell there? Read on to find out.

Last year, Whitney stayed home because of the coronavirus quarantine. On her birthday, she couldn’t spend time with her then-fiance, Chase Severino. He worked up in Wilmington, so only chatted with her over the phone. In an Instagram post where she shared about Buddy Bell helping her out by delivering groceries and checking on the dogs, she talked about a present he gave her. Whitney celebrated that on April 14, 2020. Chase couldn’t be with her, but he posted a throwback photo of her on his Instagram.

So, did MBFFL star Whitney make up for the rather quiet non-event birthday of last year? The My Big Fat Fabulous Life star shared about her 37th birthday on April 14, 2021. If you watch the TLC show, then you’ll know that Chase Severino and Whitney Way Thore split. In fact, the last season covered her painful journey as she got over the unexpected news. After all, he got another woman pregnant and Whitney heard about it on the phone. So, it seemed unlikely that he’d visit her or take her out for dinner this year.

A quiet birthday at home

MBFFL star Whitney didn’t go over the top this year either. In fact, she stayed in. That doesn’t mean the My Big Fat Fabulous Life star was forgotten. She told her fans that she enjoyed a “virtual date.” Who she dated never got revealed. Obviously, it might slip into the minds of TLC fans that’s she hints at a new guy next season. However, it really could have been anyone. So what else happened that made her birthday special? Well, she spent most of the day in bed with her furbabies popping in and out.

Apart from her virtual date, MBFFL star Whitney also read a lot of text messages from friends. Probably some of them arrived from family members as well. Whitney Way Thore also mentioned “three flower deliveries.” Clearly, people tried making her day special. Possibly she stayed home because the coronavirus still hangs around. In fact, WCCP reported on April 14, that the state reported  2,359 new cases.” Additionally, “about 20” people died “in the last 24 hours.” Plus, hospital admissions for COVID-19 illness sit at “1,045.”

On top of her flowers, texts, and virtual date, MBFFL star Whitney Way Thore also got a lot of greetings from her many TLC fans.