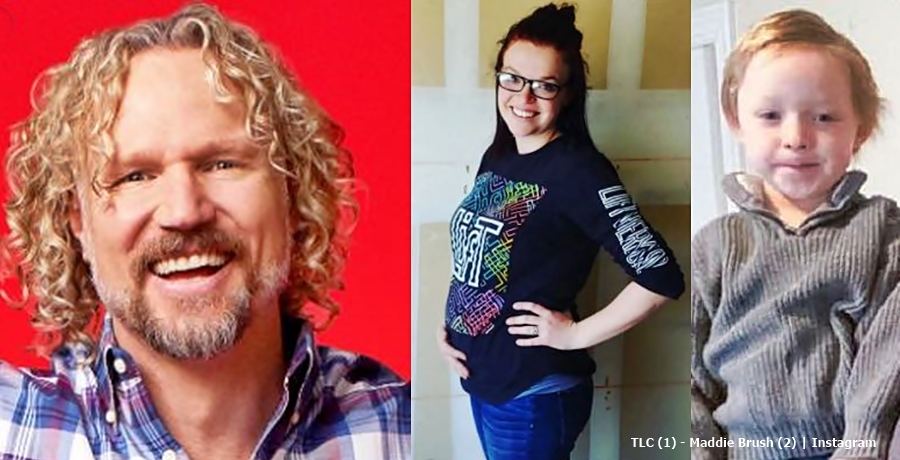 Kody Brown seems positively over-the-top on Instagram these days. Well, by his standards anyway. Recently, he commented on a post by Christine, and he liked Tony Padron’s post about Mykleti’s baby. Actually, that’s really busy on the ‘gram for the Sister Wives patriarch. Now he also commented on a post that Maddie Brush shared about her son Axel. Usually, he posts so rarely that only six photos arrived on his Instagram since September 2017.

Kody Brown makes a are comment about Maddie’s son Axel

The Sister Wives patriarch only really posts on social media during the show when it airs on TLC. Most of the time, comments talk about how dissatisfying he finds his four wives. So, his newest comment on Instagram seems like a record-breaker. Maybe now that he’s a grandpa again, he feels mellow and sociable. We reported that when he liked Tony Padron’s post about his newest granddaughter, Avalon, that he last posted up nearly 40 weeks ago. That came in July 2020 when he shared about former President Reagan.

Kody Brown rocked the boat of Sister Wives fans when he became quite chatty on a post by Christine. Monsters and Critics noticed that she shared about the snow in Flagstaff. The outlet said that her photo revealed the “landscape covered in a blanket of snow.” Kody arrived in the comments and replied, “I just spent the whole morning on Saturday shoveling that! Aaaarrrgh!” While plenty of fans discuss Kody on the wives’ pages, he very seldom chips in, so it seems surprising when he interacts.

Taking to her Instagram on April 13, Maddie probably gave helicopter parents a heart-stopping moment. It revealed Axel climbing up onto the fence. High above the ground, he shuffled his way almost the whole way around the yard. Kody Brown liked it and said it reminded him of one of his own sons. His comment read: “I remember Logan at that age. He was also an escape artist.” None of the other family members commented, but Janelle liked the post. Maddie captioned it with, “I am anticipating a crazy boyhood.”

After Kody Brown posted his rare comment, other people also talked about how Axel seems “all boy.” Moms with little boys reminisced about how their kids always got into climbing things. One of them noted that it’s often hard for parents to watch their kids when they discover climbing. Actually, Maddie tries not to be a helicopter mom. In September last year, she shared about Axel climbing high up a tree.

Maddie warns her son about what could go wrong and lets him learn from experience. Actually, she mentioned that Kody and Janelle did the same with her and the other kids when they were growing up.

It certainly seems like Axel takes after his uncle Logan. What do you think about Kody Brown suddenly commenting on the posts that his family puts up on Instagram? Are you surprised that the Sister Wives star makes an effort these days? Sound off in the comments below.