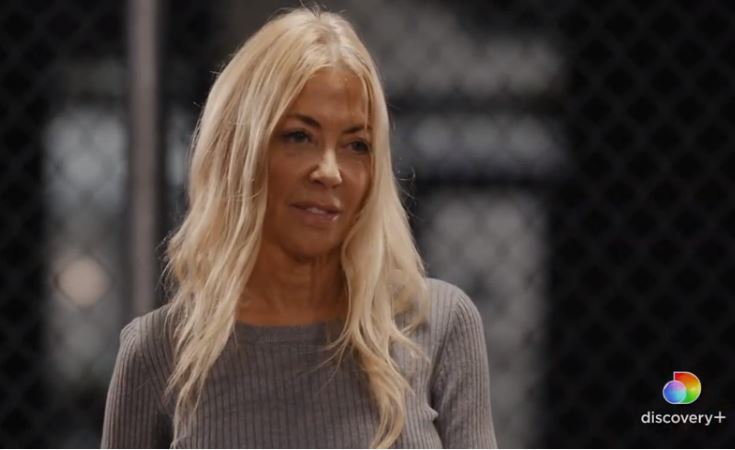 On Undercover Billionaire, the grand televised experiment on creating the American Dream was divided into three cities. The second season is finally coming to a close.

TV Shows Ace has the exclusive reveal of the moment Elaine Culotti tells her team, all of them working so hard for her under her alias of Elaine May Ringe, that she is not a millionaire but a bonafide billionaire who made her fortune in design and real estate.

Culotti left her comfortable life behind and even her driver’s license for this season 2 of Undercover Billionaire, the series established by Glenn Stearns in season one.

The real estate developer and interior designer is most famous for her stylish House of Rock in Santa Monica, California.

The assembled team are flattened by shock as Elaine gives them the whole story, the show’s actual premise, the reason she is there and her deep appreciation to all of them for believing in her in this frantic 90-day challenge that left her in a town with no contacts, a hundred bucks and a limited cell phone and old red truck.

What happens in Undercover Billionaire for Elaine?

In the clip below, Elaine has assembled her team to break the news and reveal her true identity.

She says: “I’ve got a lot to tell you guys…  I’m quite actually… quite nervous to talk about it but getting down to it the show that we are
working on and you’re all part of it is about the American dream.”

Their faces reflect their shock. She adds: “When I arrived here in Fresno tasked to come here and build a business to a million dollars plus in 90 days I came with nothing. I um…oh of course the red truck. a cell phone my cell phone has limited data and I had 100 in my pocket and I took an alias. My name is Elaine Culotti [and] I am an entrepreneur by trade. I’ve made not millions of dollars, billions of dollars. My background is in construction and design and development. So you all right?  How are you feeling? Tell me something. Say something!”

One of the women, Kelly,  is visibly emotional and tells Elaine she is about to cry.

Culotti says: “Kelly, you need someone to be honest with you all the time. I’m sorry if I wasn’t completely transparent with you but believe me, I knew that it was important.”

The guys are really shocked with one man saying he hopes his daughter is a strong woman like Elaine. He says: “My big thing was ‘what’s the rush?’ but I guess that’s why I’m surprised but at the same time, I’m kind of happy because I’m raising a little girl myself
and seeing you able to do it makes me feel like you know what maybe my daughter one day can be like Elaine and do something maybe change a city.”

Another woman jokes she did Elaine’s eyelashes in an old car, and then the camera focuses on Dave.

Dave says: “When you called me and asked to help it’s just yes because that’s how I am with my friends, I wanted to leave quite a few times I pushed so hard. But you’re very likable and you are one tough cookie and doing all this work I ended up with another friend…”

Elaine tells Dave: “Well you won’t be doing it for no money anymore, I can tell you that”

Summing up the goodwill that Culotti created in building her core team, Dave replies: “I would if you asked…”

Tune in on discovery+ to see the show wrap up, and how the team fares as Elaine, Grant and Monique are racing to the finish line: