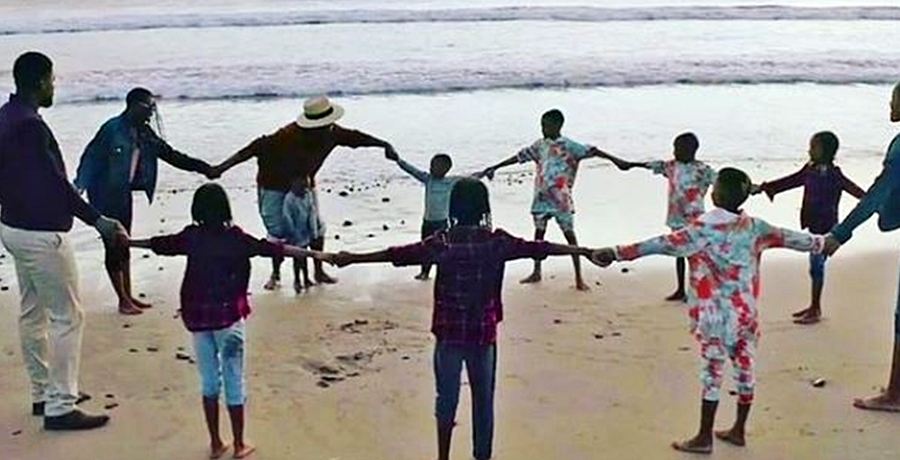 Doubling Down With The Derricos Season 2 finally got a premiere date and a teaser reveals that Diez faces medical issues. Recall, Season 1 brought concerns about the newest triplet, Dawsyn. This time, it’s Diez who ends up at the doctor’s rooms. A quick reminder: Karen and Deon raise 14 children. Diez is one of the two triplets who survived before the triplets including Dawsyn arrived.

Doubling Down With The Derricos Season 2 teaser

Deon took to his Instagram on April 14 and shared the new teaser for the show. Fans clamored for a premiere date ever since Season 1 ended. They couldn’t get enough of the singletons, set of quints, twins, and triplets. This time, fans won’t need to stress as mom Karen isn’t carrying babies and looks unlikely to birth more children. At least, not in Season 2 anyway. Actually, she suspects she fell pregnant as she’s a week late. Deon seems cool with it, but his mom’s dead set against it. After all, they already overflow with kids. So, she asks them when enough is enough.

Doubling Down With The Derricos brings fans more tension as Diez ends up seeing neurosurgeons in UCLA. Fearing he suffers from sagittal craniosynostosis, the doctor tells them it’s quite a serious condition. In fact, it causes problems with coordination and the development of the brain. Deon takes it hard and thinks it’s even worse news than when Dawsyn arrived what a hole in the heart. Little Diez faces the possibility of brain surgery.

What is sagittal craniosynostosis?

No doubt, many Doubling Down With The Derricos fans wonder what causes sagittal craniosynostosis. So, we checked it out. According to the CDC, it happens to “1 in every 2,500 babies in the United States.” About five different types of it all cause the same problem: pressure on the brain as the plates in the skull fuse and harden too quickly. Normally, as the baby grows, the skull connects up slowly. But too quickly, and surgery’s needed to relieve pressure. Sometimes, it causes a misshapen head.

The Doubling Down With The Derricos boy actually seems to have a bit of a late diagnosis. The CDC mentions that usually,  doctors catch it and operate in the first year of life. However, Season 2 isn’t all fear, worry, and doctors. People Magazine noted TLC fans also see the kids celebrating Black History Month. Happy scenes of the family at the beach also come along. Additionally, they also make snow angels and enjoy some sledding. There’s dancing, laughter, and happiness. In one scene, the whole family masks up in search of some ice cream.

The person serving them must have a challenge. After all, she could still be serving up portions while the first Derrico already finished theirs. Did you ever think of that?

Doubling Down With The Derricos Season 2 premieres on TLC on June 1 at 10 p.m. ET.