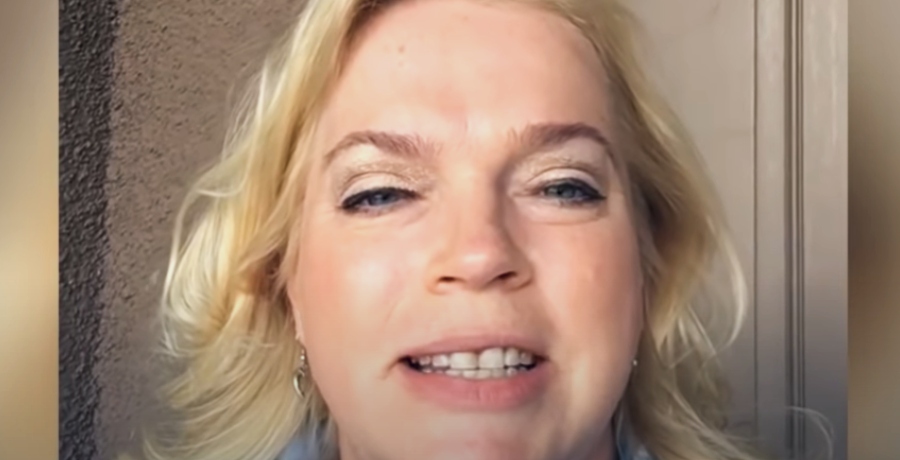 Unfortunately, Season 15 of Sister Wives is winding down. Hopefully, that doesn’t mean the end of the activity on Kody, Meri, Janelle, and Robyn’s Twitters. This season they took up tweeting along with episodes while they watched them. Kody explains early in the season that this was a safe way for the family to interact with their fans. During the last episode, Janelle tweets, “Thanks guys! See you next week for the season finale!” Before that, she tweets something thought-provoking about pre-destiny. Keep reading to find out more.

During the most recent episode of Sister Wives, Janelle Brown takes to Twitter to share her thoughts on destiny, or as she calls it “pre-destined.” Seemingly, she speaks for more than herself in this tweet. “We do believe that our families are pre-destined,” shares the second wife. While her explanation doesn’t offer much clarity, the tweet goes on. “Our families chose each other before our life on earth,” continues Janelle. This tweet seems kind of odd for the wife that fans dote on for being the “reasonable one.”

The oddness of this tweet doesn’t stop there. Giving off some psychic vibes, Janelle continues. “I knew I had everyone after I had Savanah but not before. And Im so thrilled my baby girl is in my life!” This last part leads people to believe she is speaking about her immediate family. This is because there are children in the Brown family that are younger than Savannah.

We do believe that our families are pre-destined. Our families chose each other before our life on earth. I knew I had everyone after I had Savanah but not before. And Im so thrilled my baby girl is in my life ! #SisterWives

While fans are normally quick to praise Janelle and relate to her tweets, that doesn’t seem to be the case for this one. One follower calls her out from the get-go. “I don’t understand that Janelle,” begins the comment. “If you chose each other before life on earth why the discord?” There’s no doubt about it, but this follower is referencing Kody’s drama with Meri and Christine. “Kody is choosing to throw Meri away. He’s struggling with Christine,” points out the comment. Next, they ask some clarifying questions. “Why would anyone choose this? When you go to heaven does everything become great?”

Unfortunately, it does not appear that Janelle responds to any of the comments. What do you think about this tweet? Let us know in the comment section below. Come back to TV Shows Ace for more Sister Wives news.

Tune in to the Season 15 finale of Sister Wives Sunday on TLC at 10 PM EST.