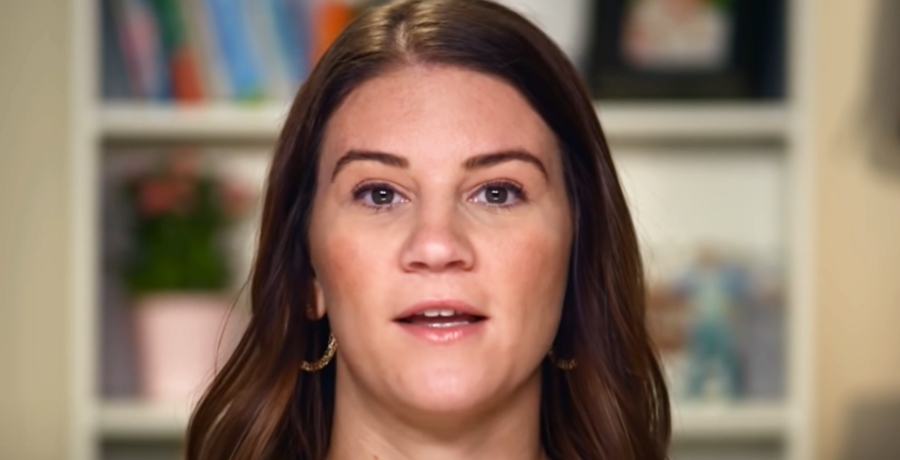 OutDaughtered star Danielle Busby shared a topless selfie on Instagram today so she could flaunt her imperfect ‘mom bod’ for the camera.

The OutDaughtered mother was clearly feeling herself on Wednesday as she shared a topless snap of herself. Now, this wasn’t a fully nude snap. Danielle Busby was rocking a sports bra that did a good job keeping “the girls” covered and secured for a workout.

Danielle Busby was sitting on the floor completely surrounded by workout equipment. She had a huge smile on her face as she snapped a few selfies. Noticeably, there was no makeup on her face for this workout.

In the photo, Danielle Busby pulled at the bit of extra skin on her body. She referred to it as her “postpartum markers.” A quick swipe, however, revealed her killer, ripped abs. Abs that were also on display in this sizzling topless snap.

It wasn’t just the photo that had her 1.9 million followers swooning. It was what she had to say in the caption.

Her topless photo came with a deep, relatable message

Danielle Busby kicked off her caption by noting every single mother on the planet had imperfections on their bodies. Things that make them unhappy. She noted that it is something mamas really needed to accept. That it was alright for a mother’s body to not be perfect. 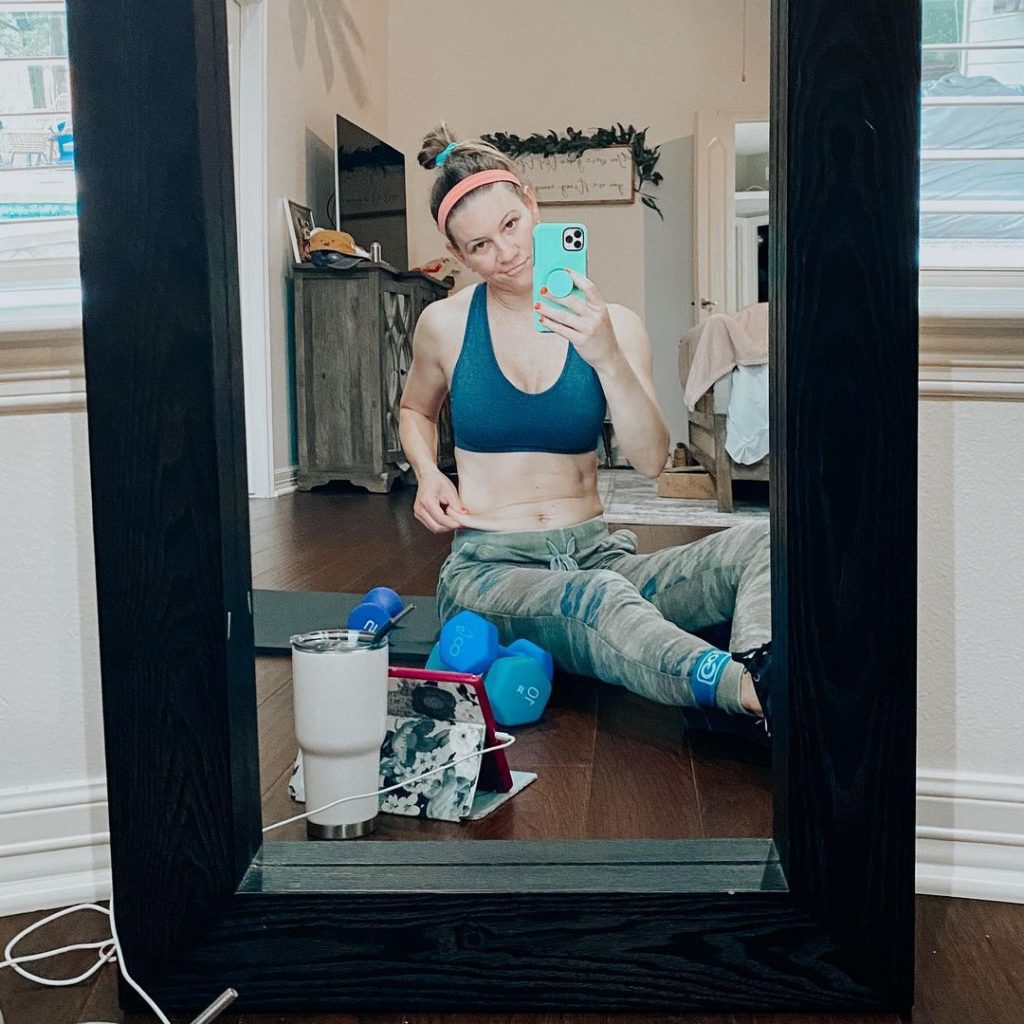 She penned in her caption: “I accept that my body will never what it was before kids. BUT I will still try my best to dedicate time to bettering my body for my health.”

Danielle doubled down on it being important for mothers to continue to love their bodies. To love them regardless of how they look or change.

The best you, is the healthiest you…no matter the extra skin, new scars or extra weight.”

This type of post is extremely common from Danielle Busby

As those who follow her on Instagram know, this type of post is extremely common from Danielle. In December of last year, for example, she posted a photo of herself doing laundry. Her hair was in an unkempt bun on top of her head. And, she wasn’t exactly dressed to impressed. But, this was also a post the mothers that followed her could get behind. It was raw and real.

“I have learned that we sometimes have to leave a mess behind so we can enjoy other things.” She explained in the caption of the post. Her followers loved it.

OutDaughtered followers here for the exposed skin and raw thoughts

The Instagram photo was liked over 70,000 times. It also accumulated over 800 comments. Unsurprisingly, it was well-received by Instagram. Many of her followers noted they only wished their bodies looked as good as Danielle’s did after having children. Others pointed out she has a serious six-pack. Even after carrying and giving birth to six beautiful girls at the same time.

OutDaughtered followers love seeing these beautiful Instagram posts from Danielle Busby. Do you agree that she is rocking those chiseled abs? Share your thoughts with us in the comments down below.

Did ’19 Kids And Counting’ Get Pulled On Amazon & Apple?
The Bold and the Beautiful Spoilers, May 17-21: Liam Starts To Lose It
Duggar Fans Not Impressed With Family’s Response To Josh’s Allegations
‘When Calls The Heart’ Showrunner Breaks Silence Over Controversial Finale
‘Temptation Island’ Erin Slams Haters On TikTok [Video]