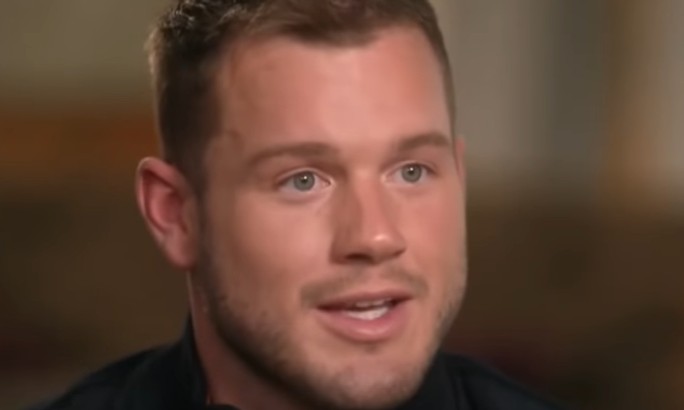 Former Bachelor Colton Underwood shocked fans when he made the huge announcement he’s gay. The announcement came Wednesday morning on Good Morning America. Colton spoke with Robin Roberts to share his life-changing news. During his announcement, Colton addressed his relationship with Cassie Randolph.

US Weekly shared all about Colton’s public apology to Cassie. He revealed that while he is gay, his feelings for Cassie were genuine. With that said he wanted to apologize to her and send her a message publicly. Colton said, “I got into a place with my personal life that was dark, and bad, and I can list a bunch of different things, but they’d all be excuses.” He continued,  “I’d like to say sorry for how things ended. I messed up. I made a lot of bad choices.”

He went on to say the feelings he had for Cassie made him more confused.

Colton also said, “I loved everything about her and it’s hard for me to articulate exactly what my emotions were in going through that relationship with her was because I obviously had an internal fight going on.” He continued,  “I would just say that I’m sorry from the bottom of my heart. I’m sorry for any pain and emotional stress I caused. I wish that it wouldn’t have happened the way that it did. I wish that I had been courageous enough to fix myself before I broke anybody else.”

The way they were….

Cassie and Colton met during his season of The Bachelor. They were together from 2018 until their relationship ended in 2020. The news of their split came following Colton recovering from Covid-19. They admitted they had a lot of respect for each other and were just better off as friends. They both said their story was not over. That proved to be false.

Later, Cassie accused Colton of stalking her. She even said he planted a tracking device on her car. Ultimately, she filed a restraining order against him. However, she eventually dropped the restraining after she and Colton reached a private agreement.

So far, Cassie has not commented on Colton’s announcement.

‘Y&R Spoilers : Who Kidnapped Mariah Copeland And Where Is She?
Shirtless Garrick Merrifield Flaunts What He’s Got Amid The Hate
Catelynn Lowell DRAGGED For ‘Twisted’ & ‘Disgusting’ Clickbait
Carlin Bates Under Fire, Is She Abusing Her Dog?!
Rachael Kirkconnell, Matt James Spend Cute Weekend Together