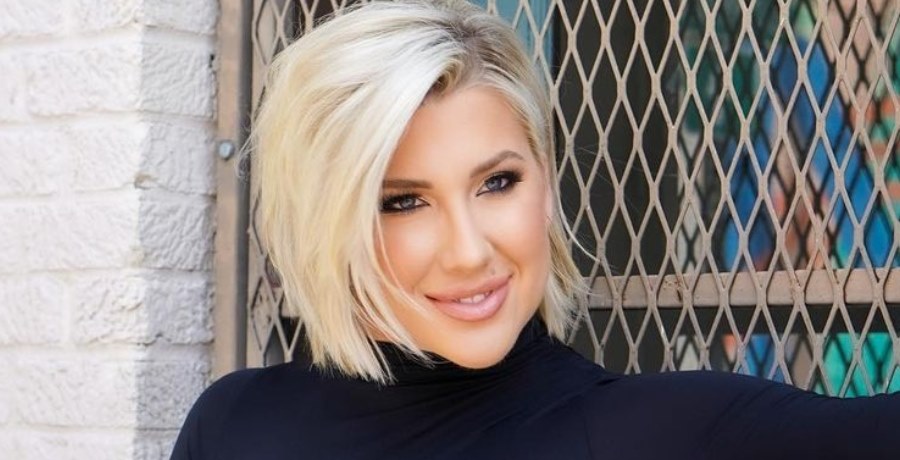 Things got spicy on Instagram yesterday as Savannah Chrisley spreads her legs in light blue, snug blue jeans for the camera. Her 2.2 million followers often question how her daddy Todd Chrisley feels about her sexy and seductive snaps. But, as we’ve reported, Todd has always been supportive of his gorgeous daughter. So supportive some even question if he crosses an uncomfortable line.

Savannah Chrisley spreads legs and turns up the heat on Instagram

Savannah Chrisley shared a few very seductive snaps on Instagram yesterday. It was clear she was really feeling herself in these photos. The first featured Savannah sitting up against what looked like a blue dumpster covered in graffiti. She had her leg spread wide open with her arms dangling between them. Her gorgeous blonde bangs draped over one side of her face as she gave a seductive gaze to the camera.

Savannah Chrisley had a pair of large black sunglasses tucked in her hair. She sported white tennis shoes with vibrant red shoelaces. She complimented her perfect face with vibrant pink lipstick and dark, smokey eyeliner. 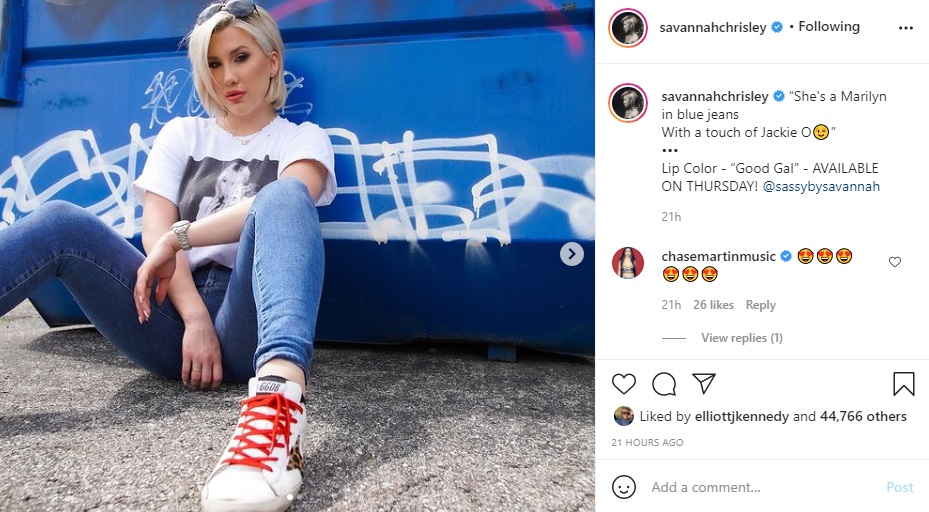 “She’s a Marilyn in blue jeans. With a touch of Jackie O.” She penned in the caption of her seductive photo featuring herself as she spreads her legs in tight blue jeans.

Promotion of her newest lip color

Savannah Chrisley is dropping a new lip color called “Good Girl” later this week. This lip color is part of her cosmetic line called Sassy by Savannah. As those who follow her on social media know, she has been working hard on her cosmetics product line. Fans frequently praise Savannah as they were pleasantly surprised by how reasonable her prices were. By comparison, fans were less supportive of her brother Chase Chrisley. Chase also recently dropped a candle product line. But, fans were not as happy with Chase because his candles were fairly expensive.

Todd Chrisley’s daughter frequently makes a habit of using sexy snapshots to push her cosmetics line. Her seductive snaps such as the one featuring herself as she spreads her legs are usually met with mixed reactions. Some fans wish she would quit showing so much skin. Others, however, note her sexy photos are always in a tasteful manner. Even when she posts what is classified as nudes on Instagram… She never really shows anything she wouldn’t want the world to see.

Do you think using her body to promote her cosmetic product line is a good move on her part? Or, do you agree with Chrisley Knows Best fans who wish she would stop posting such seductive photos on Instagram? Share your thoughts with us and keep coming back for the latest Chrisley news.