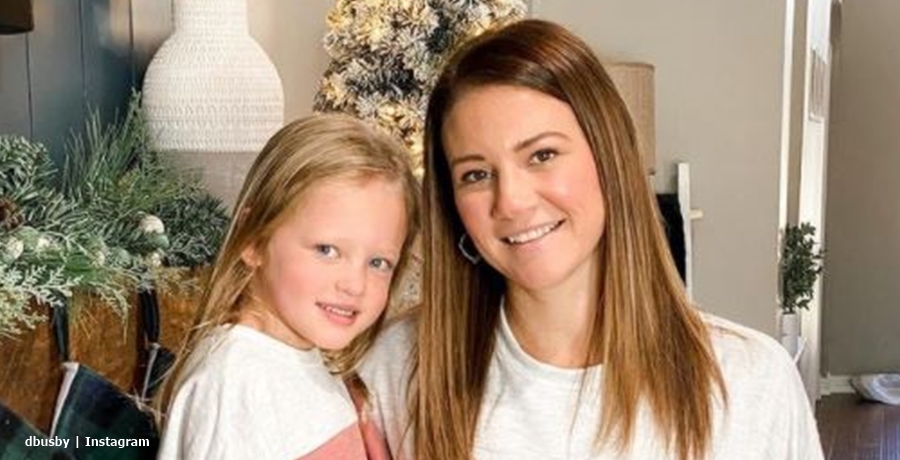 An OutDaughtered troll hit on Danielle Busby’s Instagram, on April 12 and slammed her for seeming so stressed about possible heart surgery. Adam and Danielle stressed for ages about her health and now, fans see more about it on discovery + and TLC. Naturally, as doctors now think she might have a heart condition, she worries a lot. After all, she’s still very young. Would you be afraid if your doctor told you that you might need surgical work on your heart? How would you feel if an RN told you “stop” being dramatic? Well, that happened to the quints’ mom on Instagram.

In January, we reported that the upcoming season of the TLC show probably reveals more about Danielle’s health condition. When fans heard about her problems, many of them prayed for her. The quints and Blayke still need their mom to be there for them, after all.  When the new season of the show dropped a few more details, fans saw the doctors did a lot of tests. But now, they think she might experience some sort of heart health issues. In an early teaser, she cried as she told the camera she’s too young for this.

On April 12, People Magazine dropped a new preview for Tuesday’s episode of OutDaughtered. In it, Danielle arrived home from getting a heart monitor fitted. It revealed Danielle showing the kids her heart monitor. Only Blayke understood that things could work out badly for her mom. Meanwhile, even Adam, talked about how the monitor is a constant reminder that his wife might face surgery. A troll wants them to “stop” with the drama.

The OutDaughtered troll’s profile reveals that she’s an RN who works at a University Hospital’s “Emergency Room.” So clearly, she has some hands-on medical experience. However, it’s also clear that she’s not a heart specialist. Or, apparently, a very patient-friendly person, fans might think. Admittedly, they noted that incurable cancer is far worse. However, it’s unlikely that anyone facing heart surgery will dance their way through life without a care in the world.

For OutDaughtered fans, let’s face the fact that it’s highly unlikely that TLC dreamed up a script where Danielle genuinely became ill. Interestingly, Advocate Aurora Health ran a story about a patient who wore a heart monitor. The patient, close to Danielle’s age, ended up with open heart surgery following “congestive heart failure.” Nobody knows what type of surfery Daneille might require. After all, asahq.org notes that there are less invasive surgeries than open-heart surgery, depending on the diagnosis of the patient. Still, it’s a good bet that anyone facing any type of surgery probably stresses a lot. After all, the site also notes that successful outcomes still mean they face associated risks.

What are your thoughts about the OutDaughtered troll slamming Danielle Busby for stressing so much? Do you agree that any heart surgery might be a very scary concept? Do you think that her heart specialist probably has a lot more knowledge than an RN? Sound off in the comments below.