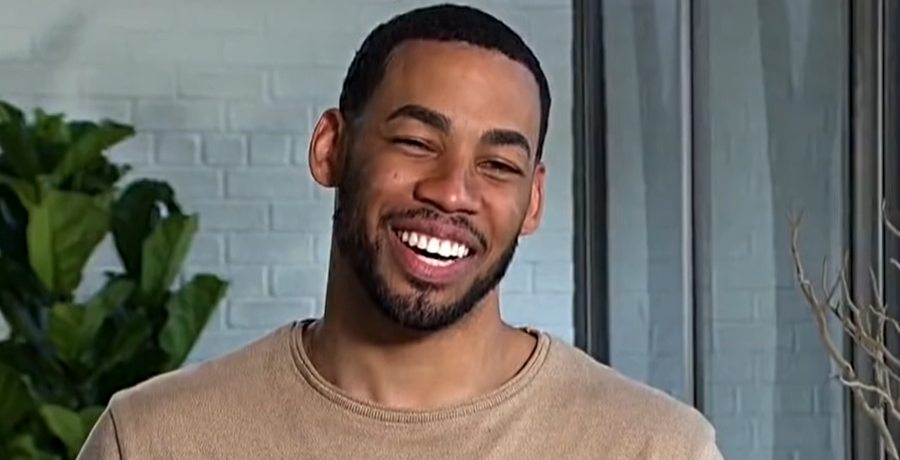 Mike Johnson shared the clip on his Instagram and captioned it, “Bachelor boy w a lil habanero.” He said he talked about the perception people have of them both himself and Rachel Lindsay dating outside of their race. Since he co-hosts with her husband, Bryan Abasolo.

He said the clip he shared didn’t do the full conversation justice. Mike suggested people go and listen to the full podcast. He started it off by saying the topic is something he has a hard time talking about.

Mike Johnson told Bryan, “you know I told you I’d always keep it 1000 and talk it out,” on the podcast. He said it’s hard for him, because he’s a successful, light-skinned, and people say he only likes white girls. Abasolo says, “that’s not true.”

Bryan said he feels that perspective because people say Rachel his wife only likes white men. She dated black men her whole life, and now that’s how they perceive her. Mike said, “perception is reality and the reality tv they came from, plus his appearance on The Bachelorette, gave people that idea. Mike said the only woman he’d ever been in love with was mixed black and white.

He Said It Has Been Uncomfortable Before

Mike Johnson said in the past dating white women and being in Florida or LA was not an issue. He felt comfortable about it. However, he recalled one time in Dallas, Texas when he was with a white girl. He said just being in public he could feel the tension. Mike said both black and white women judged him in Dallas.

Mike said if you look at my most recent post, someone commented, “if only he liked black girls.” Mike said it hurts his soul. He feels like he wasn’t the lead on The Bachelor because he’s too cultured for them. Mike didn’t elaborate on who they were. He went on to say he was trying to put it nicely.

Fans Are Still Upset He Wasn’t The Lead

Mike said if you looked at his Instagram feed, it’s not the typical black man in America feed. Many fans still lament the fact he wasn’t the lead this time around. One said, “The 1st Black Bachelor we DESERVED! (Yes, I’m still mad)”.” Another said, “Mike puleeeease[sic] tell me you’ll be the bachelor! I think I along with the rest of the world was so disappointed that you weren’t this past season.”

While he said his mom has changed her mind now, she used to say, “if she can’t use my comb don’t bring her home.” What do you think about Mike being too cultured for The Bachelor? Comment with your thoughts below.

Would Michael Allio Accept An Offer To Be ‘The Bachelor’ Next Season?
Teen Mom Drama Explodes: Kailyn Lowry Ex-Chris Lopez Chooses Sides In Javi And Lauren Battle
Jeremy Vuolo Goes Back To College & Back To His Roots
Double Lock Your Doors & Watch Lifetime’s ‘Next Door Nightmare’
Whitney Way Thore Tired, Exhausted, & Annoyed By It All