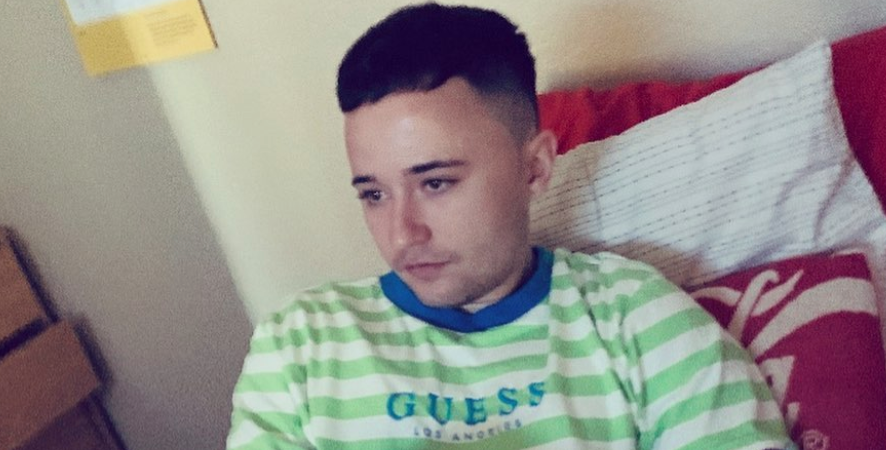 Max Schenzel of TLC’s Unexpected has moved on to a new lady. On the TLC show, he was with Chloe Mendoza. Since the show ended, the couple has split and they are clearly over each other. Now, Max seems to be happy meeting different women. He has a new lady in his life. This comes after the rumors that Max had gotten another woman pregnant. Fans are telling him to just pick someone and commit to her. But it doesn’t seem like he’s been able to find a solid relationship yet.

On Instagram, Max made an addition to his Instagram bio, but it didn’t last long. Fortunately, @TLC.UnexpectedTea grabbed a screenshot before he removed it. In his bio, the Unexpected star wrote, “Taken by Cassi,” along with a heart emoji. 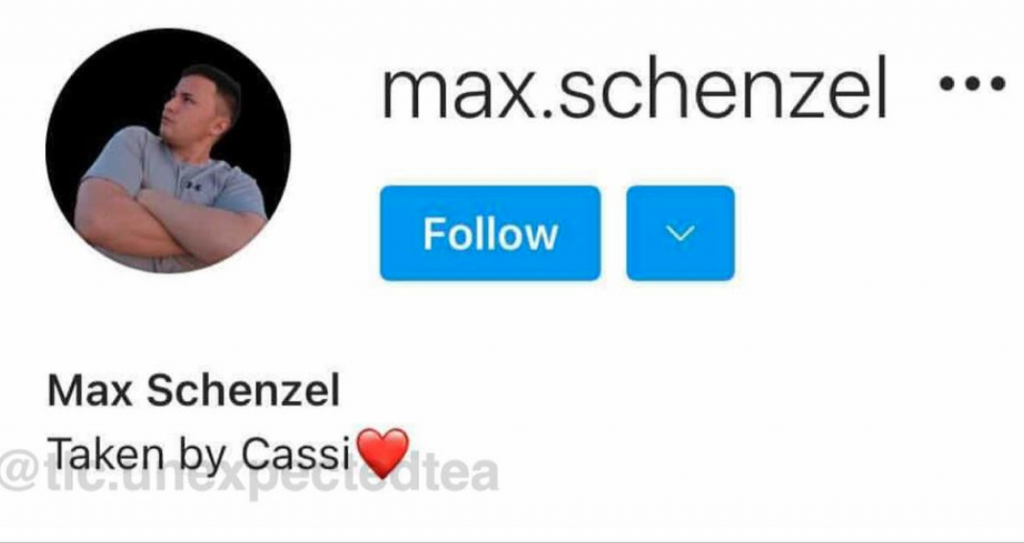 Prior to Max getting together with Cassi, there were rumors flying that he had gotten another woman pregnant. Cassi is now denying those rumors, per a screenshot from @TLC.UnexpectedTea.

While we don’t know for sure why he removed her from his bio so quickly, it could have something to do with a text conversation the pair had. In the leaked messages, it looks like there is plenty of drama in the relationship already.

Trouble in paradise? Looks that way

In another post from @TLC.UnexpectedTea, a screenshot of a text conversation between Max and Cassi was shared. He sent some strongly worded messages her way, including saying “f*ck u” to her. He adds that she broke his heart. It’s unclear exactly what happened between the two of them, but it seems like things are already going downhill. 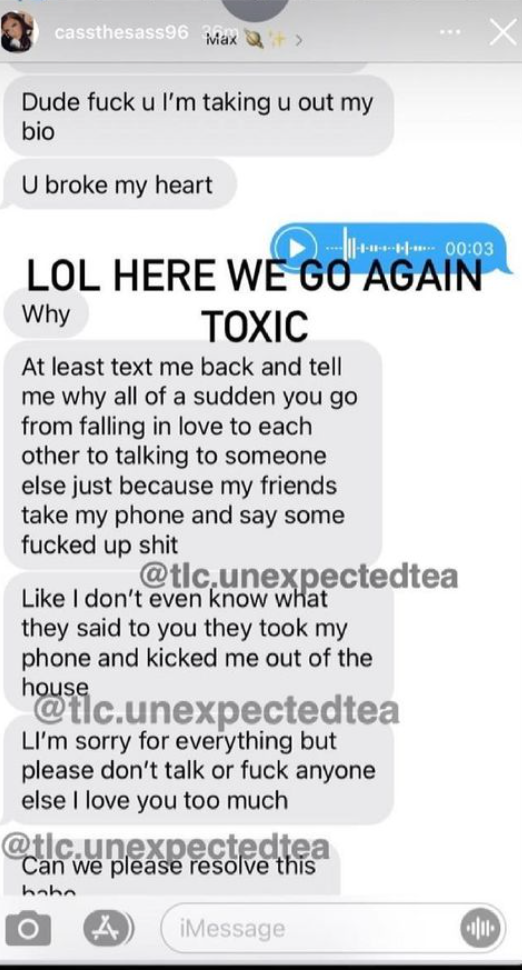 In the comments of the reposted photo of this screenshot, Unexpected fans are urging Cassi to “run” from Max. They don’t think things look good for her now and they likely won’t improve, knowing Max. Others are pointing out that Chloe’s mom was right about Max.

For more news about the stars of TLC’s Unexpected, check back with TV Shows Ace.