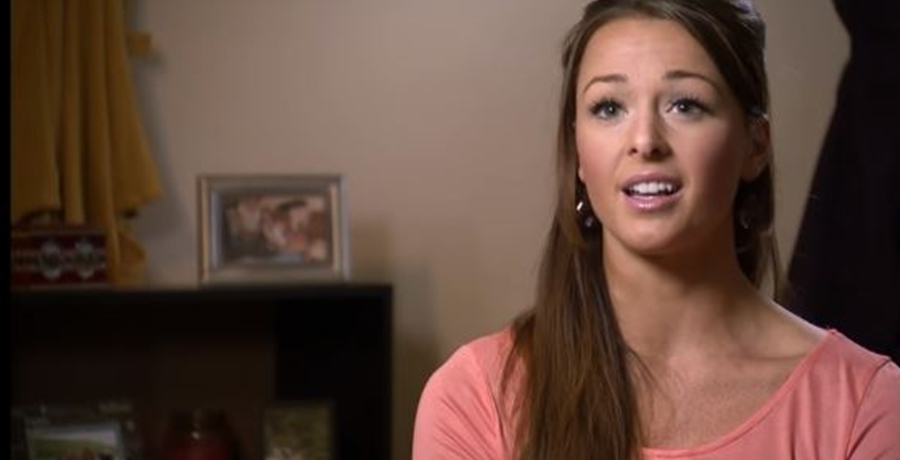 Married at First Sight stars Jamie Otis and Doug Hehner met on Season 1 of the Lifetime show. Prior to that, she was in Season 16 of The Bachelor. These days, she runs her Hot Marriage. Cool Parents podcast and fans tune in because she talks about all sorts of interesting things. Now, she revealed that she spoke with the dead. Not just any old dead person, but her long-lost dad.

Married at First Sight  – Jamie Otis connected with her dad

In March this year, Jamie lost her furbaby and it came soon after they moved to Florida. Distraught, they, fortunately, found their missing baby. In a way, perhaps she’d have done well to contact Trish Saulnier. Fans might recall her from other people that she worked with. The cast who used Trish came from 90 Day Fiance, Mama June, Real Housewives, and more. Trish built up a good reputation as a psychic medium. Well, Doug and Jamie luckily found their pup without Trish, and now, she also found someone else dear to her.

The Married at First Sight veteran took to Instagram on April 13 and talked about her podcast guest, Trisha. In her post, she held a photo of her father. Jamie explained that she hunted for her dad for “years and years.” Finally, she found him, but sadly, he already passed away “months prior to finding him.” However, she clarified in her post that he “may” have been her dad. Well, desperate for a chat with him, she contacted a friend who worked with Trish in the past. Jamie Otis says the medium knew “nothing about” her.

Jamie admitted that she felt a “little skeptical.” Actually, many Married at First Sight fans probably also hold some of the same skepticism. After all. how hard can it be to Google “Jamie Otis?” According to Jamie, what the psychic medium said amazed her. In fact, she wrote: “My jaw is still on the floor.” She also popped up a link for the podcast if you’d like to listen to the whole thing.

Skeptics or not, Married at First Sight fans agreed that her dad looks very similar to Jamie. One of them commented, “Omg you are his twin handsome man you are so beautiful.” In her caption, Jamie asked, “If you had a chance to talk to the dead would you?! 🤷🏼‍♀️⁣” Well, one fan said they’d not hesitate. They wrote, ” In a heartbeat! I lost my precious 19 year old son 3 years ago…..I would give anything t see and talk to him again! 💯❤️”

What are your thoughts about Jamie Otis of Married at First Sight talking with her dead father? Do you think it might be a fascinating experience? Or, are you one of the skeptics? Sound off in the comments below.