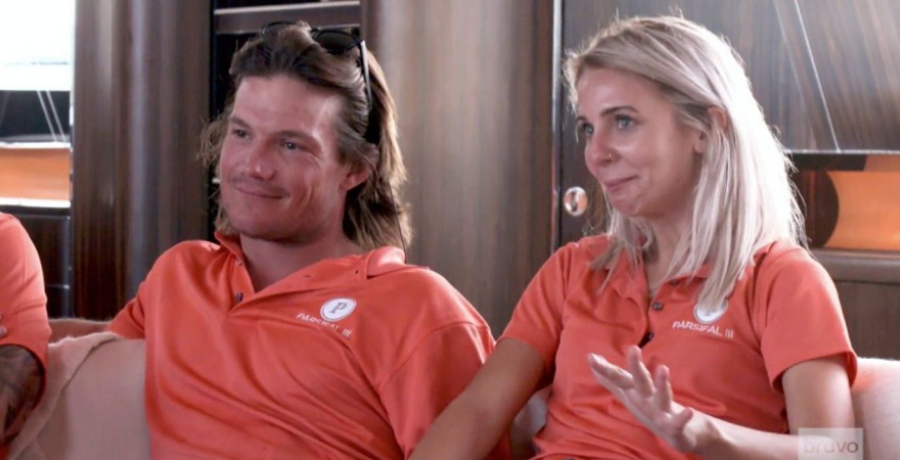 Below Deck Sailing Yacht star Gary King revealed if he regrets his one-night stand with Sydney Zaruba. The two hit it off from the beginning. Though they work together as deckhands, Gary knew he wanted Sydney. However, he only wanted to be with her for a night of fun.

As for Sydney, she’s already thinking about kids and marriage with him. Some fans are calling her a stage-five clinger. In a new interview, the bosun talked about his regrets and the accidental love triangle that took place on the show. Not only does Sydney have the hots for Gary, but so does stewardess Alli Dore.

In a new interview with E! News, the Below Deck Sailing Yacht Season 2 star laid everything on the line. He addressed both the love triangle and sleeping with Sydney on the first night despite having an interest in Alli. Gary made it clear that their hook-up was just a one-time thing, but she still caught feelings for him. It’s made it difficult for him to make a move on Alli.

In a previous episode, Sydney wouldn’t leave Gary and Alli alone together. She wanted to join in on their fun. Alli joked that she ended up in the “weirdest throuple.” Sydney claims that she’s not jealous, but her actions speak otherwise.

In his interview with E! News, Gray claims he never wanted to end up in this situation. He feels that he made his intentions clear to Sydney. However, he does agree that he could have “been more thorough” or straightforward with her. He does admit that he shouldn’t have hooked up with her in the first place.

“I shot myself in the foot by hooking up with her,” Gary admitted. While he didn’t want things to “happen in the first place,” he says that she’s “a really cool girl.” When you put a group of attractive people on a boat together, emotions and alcohol allow things to happen. But Gary didn’t want to be rude to Sydney or hurt her feelings in any way, which is probably why she didn’t get the message.

Below Deck Sailing Yacht star has no regrets

Despite the hook-up and unintentional love triangle, Gary admits that he has no regrets about their hook-up. He wouldn’t have gone through with it if he already had those regrets in the back of his mind. The Below Deck Sailing Yacht newbie thinks it would be “unfair” to say he has any regrets. It’s the motto that he follows for his entire life.

“I’ve got a strong enough willpower to know whether I want to do something or not – regardless if alcohol is involved or not,” he added.

He does agree that the situation is “a little bit of a mistake” on his part since he’s her boss. As for his relationship with Alli, he revealed that they “kind of hit it off” from the start. Things are expected to get even more awkward for the trio as the season goes on. Monday night’s episode showed Sydney and Alli talking to each other about their respective feelings for Gary, but things could still get rocky from there.