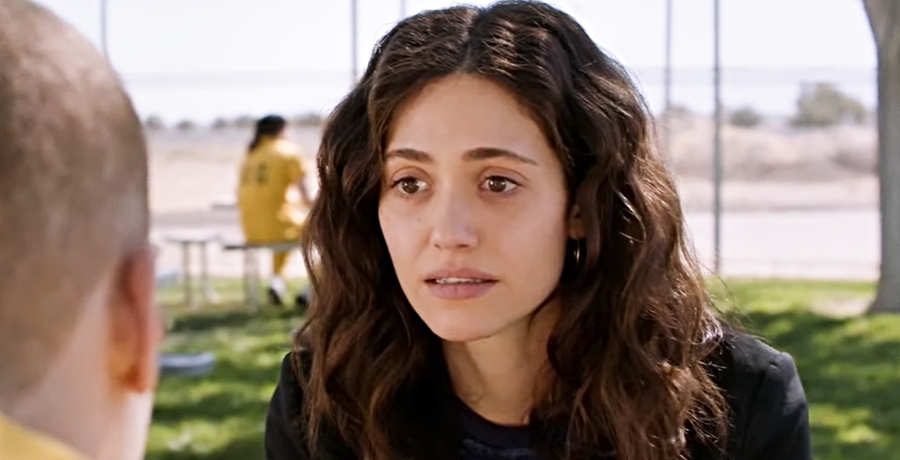 Why wasn’t Emmy Rossum (Fiona Gallagher) part of the Shameless Season 11 and Series Finale? It is the question currently making rounds on social media. Fans of the Showtime hit series are desperate for answers. After the writers brought Noel Fisher back as Mickey to say goodbye to Cameron Monaghan (Ian Gallagher), fans just expected Emmy Rossum to bring Fiona back one last time.

Shameless Series Finale only featured a flashback of Fiona Gallagher

The Shameless Series Finale aired last night. Many of those with a Showtime subscription stayed up until just after midnight on Saturday night/Sunday morning to watch the episode when it dropped. Prior to it airing on TV. Now that Monday is almost over, those who aren’t waiting for Season 11 to drop on Netflix have likely watched the Finale by now.

Unfortunately, we know Emmy Rossum didn’t really make an appearance in the Finale. The best the writers could work up was a brief flashback. (And, it was VERY brief). Moreover, she didn’t even say anything.

There is a lot of speculation swirling regarding why Emmy Rossum (Fiona Gallagher) was not in the Series Finale. Some note it had to do with her quest to make equal pay to her male co-start. Some fans note she left the show shortly after getting equal pay. Truthfully, Emmy Rossum did a whole additional season of the series before walking away. Others are dragging the actress on social media noting she simply didn’t want to. Does she not care about the series that many argue projected her into the spotlight?

‘Shameless’ Series Finale Brings Back Three Characters: Who Are They?

John Wells clears the air, explains why Fiona wasn’t part of the end

Speaking to The Hollywood Reporter, John Wells sheds some light on Fiona Gallagher not being part of the Season 11 and Series Finale. From the moment news broke the series was ending, the showrunner had always been very open about wanting Emmy Rossum to come back and be part of the end. He explained she was welcomed back with open arms. It was really just a matter of her schedule.

Unfortunately, it turns out her schedule wasn’t the real issue. Likewise, a paycheck or a bitter feud also had nothing to do with it. Emmy Rossum loves her Shameless family. She wanted to be a part of the Series Finale. But, the pandemic got in the way of that happening.

We were trying to get Emmy — and Emmy wanted to come back. We caught it at the wrong moment. We wanted her to return and had some storylines about her coming back and she wanted to do it. Based on what was going on with the pandemic, when we were planning it — there have been so many surges, I can’t remember which one it was — but the quarantines went back into effect between New York [where Rossum resides] and Los Angeles [where Shameless films] and it was impossible to figure out how to get her back.”

Shameless fans furious by lack of Emmy Rossum as Fiona

Now, Shameless fans around various social media platforms are furious. They think it was a mistake to move forward with the final season during the pandemic. Some fans have even argued they would have preferred waiting another year and getting a Series Finale with Fiona in it.

Would you have waited another year for the final season if it meant a better finale? Do you understand why Emmy Rossum (Fiona Gallagher) was not part of the Shameless Series Finale now? Share your thoughts with us down below.