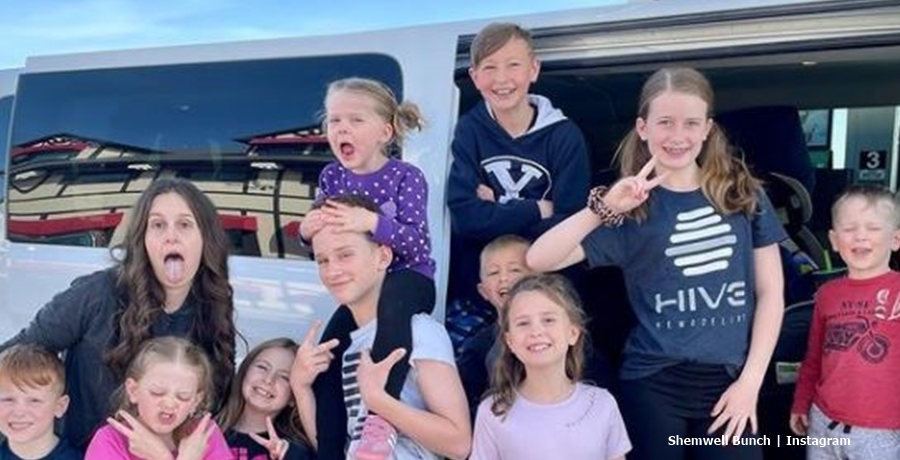 The Blended Bunch family consists of 11 kids, Spencer Shemwell, and Erica Means. That’s a lot of people to fit in the car if they go on a vacation. Additionally, it seems like a lot of kids to keep track of on vacation. It certainly seems like a spring break might take a lot more organizing than the average family of four. Nevertheless, in the photos that Spencer shared on April 11, they all look like they had a blast in Washington.

This year, the big family combined Easter with their spring break and all the kids probably kept Erica on her toes. Actually, we reported that some controversy arose because Spencer wanted to adopt all the kids. Not only that, but he apparently hoped they’d change their surname to his. Erica’s brother Quin objected strongly. Plus, he felt that Spencer couldn’t see how mothering all those kids just plain tired out Erica. Furthermore, he confronted Spencer, as Erica suffered from pack attacks.

Just the thought of taking 11 kids on a spring break like The Blended Bunch family did, might give almost any mom anxiety.  Well, the two boys, Brayden and Landon might help out and keep an eye n the little kids. After all, Landon turned 13 not long ago and both of them just got their first phones. That might be very useful with kids scattered all over the place. Actually, Spencer said they visited family so that probably also increased the number of children. However, adult relatives probably helped everyone keep track of them all.

In his post, Spencer Shemwell said that The Blended Bunch family really enjoyed their time away. He specifically noted things like “windy beach days with kite flying, late night karaoke, good food, Easter at the firehouse!” Actually, it sounds like a lot of fun, so TLC fans responded in the comments. One fan wrote, “How fun! I hope it airs on your show. Precious family.” Actually, that might be a nice episode if TLC airs it. Hopefully, for once they avoid tears and sorry for the bereaved mom and dad in their storyline.

If you don’t know, Spencer’s wife Aimee passed away and Erica’s husband also passed on. Seven of the kids come from Erica and Tony, while the other four came from Aimee. The TLC show covers a lot of the way the parents manage the grief that the kids go through. That’s probably a good thing, but fans might enjoy some much lighter moments as well.

What do you think of the huge The Blended Bunch family visiting Washington for a spring break? Can you imagine keeping track of everyone when there are so many kids around? Sound off your thoughts in the comments below.