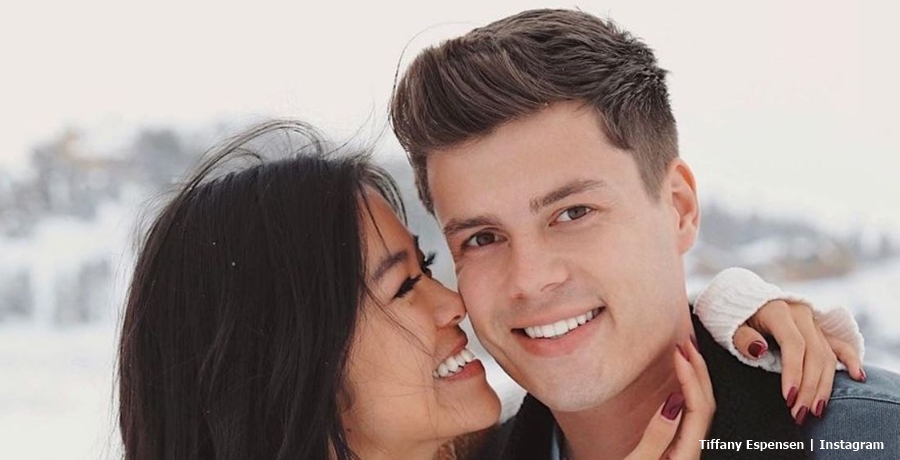 Lawson Bates, long a rumored marriage prospect for Jana Duggar, surprised many fans when he went Instagram official with Tiffany Espensen. However, many Bringing Up Bates fans already suspected that they dated for a while. Additionally, UPtv fans know that Lawson’s not one to announce a relationship lightly. So once again, it’s a dead giveaway that they knew each other for ages before the announcement. Now, fans think he should just pop the question, get engaged, and marry as soon as possible.

We reported that in the first week of February 2021, the Bringing Up Bates star announced his new girlfriend, Tiffany. Actually, he looked seriously attached to his new girl in his debut photo of her. So, fans assumed they didn’t meet up the day before. In his photo, he and Tiffany had their arms around each other and Tiffany looked like she felt ready to plant a smacker of a kiss on his lips. Previous rumors linked Lawson to Jana Duggar when he seemed to flirt with her on Valentine’s Day in 2020.

Lawson Bates probably just joked with Jana as it never went anywhere. Plus, it’s quite possible he already saw Tiffany back then. Hidden Remote reported that Tiffany was already spotted in photos that other Bringing Up Bates stars previously shared. In short, much like the Duggars from Counting On, the boys don’t reveal relationships in a hurry. Usually, fans only know about it months, if not years after they started seeing a girl. While Lawson seemingly dates Tiffany without a chaperone, he’s probably old enough to escape that. Knowing Lawson, he probably decided some time back that Tiffany’s the woman for him. So, fans want him to just pop the question and get on with it.

On April 11, Tiffany shared a bunch of photos of herself with Lawson Bates. Once again a lot of touching went on, and she wrote a nice caption. It read: “It is possible to fall in love with you more and more each day 🤍.” Well, enough people from the Bates family liked the post, so presumably, they all adore the idea of Lawson with Tiffany. In the comments section, the Bates Family account wrote, “Y’all are the cutest couple!!!”  Next, Carlin Bates wrote, “Magic 😍.” Josie Bates Balka also popped up some approving emojis: “😍😍,” as did Whitney Bates.

Next, Katie Bates chipped in with, “Wowwww so cute 🤩.” Other followers loved the post as well, and many similar comments went in. One fan of Lawson Bates and Tiffany wrote, “Beautiful pictures y’all are so cute together can’t wait to see y’all relationship on bringing up Bates.” And another one commented, “Lawson can you marry her already. You guys are precious together.”

Actually, they look tighter with each passing day, and recently, they took on two piglets, a sure sign of devotion these days. In fact, people often get pets before taking the final step and proposing.

Will Tiffany Espensen End Up With As Many Animals As Bindi Irwin?

What are your thoughts about Lawson Bates and Tiffany? Do you think he should just hurry up and marry her? Sound off in the comments below.