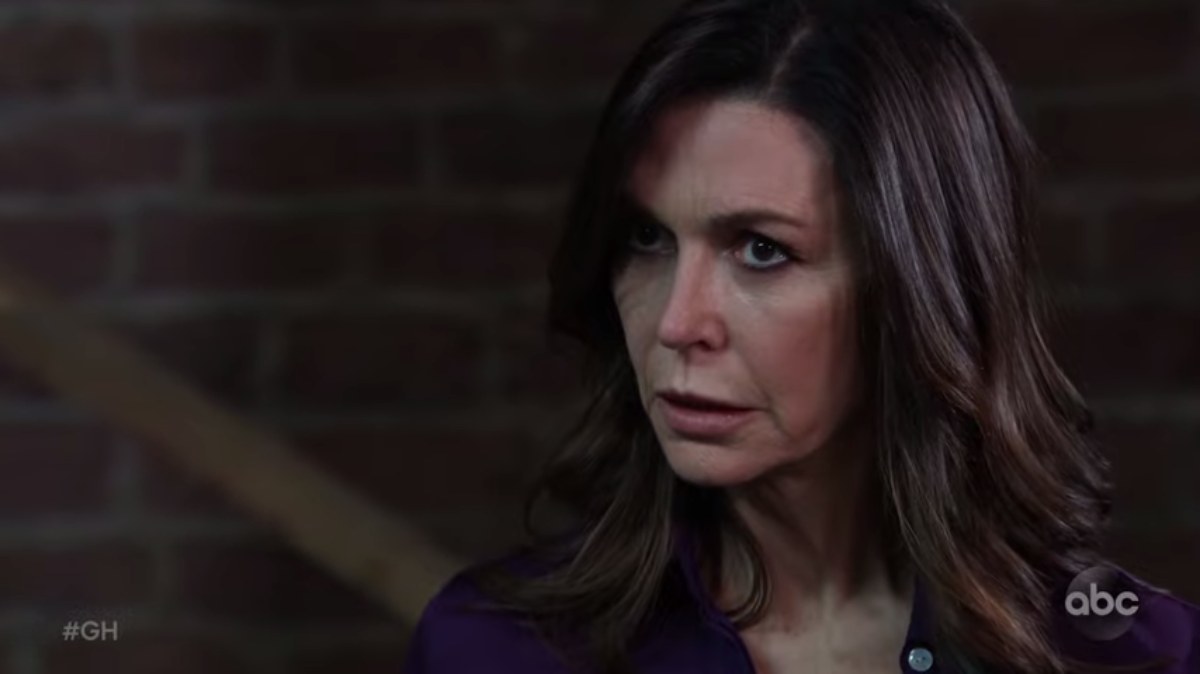 A new General Hospital preview for the week of April 12 teases plenty of chaos ahead. Anna and Valentin are still trying to figure out how to handle the Peter problem, and they’re about to put a new plan into place. However, it seems it may backfire on them in a big way.

Anna and Valentin Get Bold

The Twitter sneak peek shows that Anna and Valentin will seemingly drug Peter. They’ll check in with one another to ensure they’re both ready, then they’ll drag the unconscious man down to the basement. They’ll secure him so he can’t get away, and he’ll apparently regain consciousness in the midst of the latter part.

General Hospital spoilers reveal that Peter will be intensely furious and he’ll snarl as he finds himself in this difficult position. He won’t just take this without trying to fight back though.

Before Anna and Valentin can do much more, General Hospital spoilers reveal that Peter will give them unsettling news. He’ll tell them that if they go through with “this,” someone they care about will die.

Based on the General Hospital teasers from SheKnows Soaps, Peter’s threat will rattle Anna. Will his manipulation work? During Tuesday’s show, Peter will push Anna’s buttons. On Wednesday, things get even crazier, as something will horrify her.

"If you go through with this, someone you care about will die." #GH pic.twitter.com/DfJpH7HaxM

Will Peter provide even more information about which person will supposedly be harmed if he’s not released? Who is he targeting and what does he have in place?

According to the latest issue of Soap Opera Digest, Valentin will end up alone with Peter at one point. Finn unexpectedly shows up at Anna’s door, and she’ll have to try to shoo him away. It could be that Finn perhaps wanted to see if the two could smooth things over. Unfortunately, Anna’s secretiveness on this front may well close the door on that possibility.

Peter will use this opportunity to try to manipulate Valentin. It’ll work, to a degree. General Hospital spoilers suggest that it’s after Anna joins them again that Peter reveals his big threat.

Anna and Valentin will think Peter’s bluffing about someone being killed if he disappears. Unfortunately, it seems he truly does have something in place. The person is someone quite close to Anna, and Peter will convince her that his threat is legitimate.

This leaves Anna and Valentin in a tough spot. They desperately want to keep Peter away from Maxie and the baby. They have no idea that Maxie is trying to accomplish this via a different, albeit wild, plan. General Hospital spoilers hint that this cat-and-mouse game will be an intense one this week and fans won’t want to miss a minute of it.