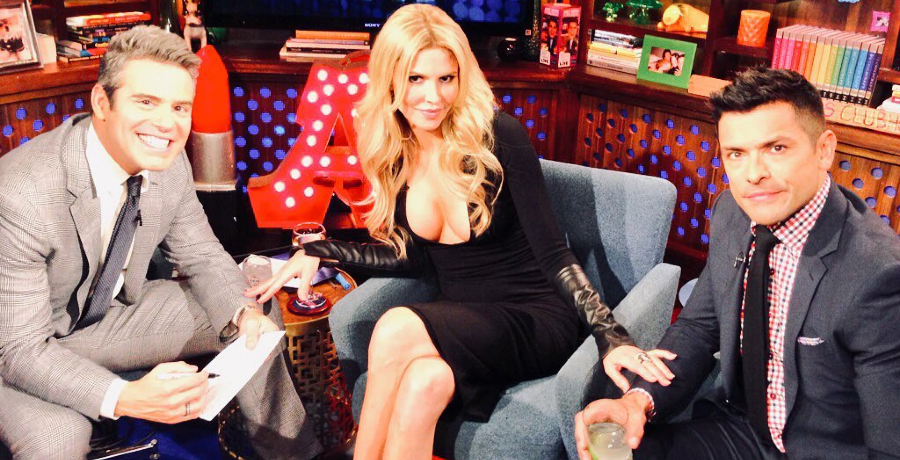 Brandi Glanville wants to make a return to television. However, some Bravo fans are seeing it as a desperate attempt. As TV Shows Ace previously reported, Kate Chastain left Bravo’s Chat Room earlier this year. She is no longer the co-host on Season 2, but she’s still the producer of the show which she created.

Now, Brandi wants to be the new co-host. She used to be one of the stars of The Real Housewives of Beverly Hills. The outspoken reality star made a brief return during Season 10 to start some drama with former cast member Denise Richards. Since her exit from the Bravo series, the television personality has popped up in many reality stars.

After her appearance on RHOBH Season 10, Brandi wants to return to television.

Since her departure from RHOBH, Brandi Glanville has remained close to the Bravo family. Brandi Glanville is no longer a Bravo star, but a watcher. The former model often tweets about the franchises on the network. On Monday, April 12, Brandi took to social media to suggest that she should replace Kate Chastain on Bravo’s Chat Room.

“I think I should be on Bravo’s Chat Room,” Brandi tweeted. “I have so many very strong opinions about so many things. Andy, you can make this happen.”

Some Bravo fans would agree that she would be a great co-host on the nightly talk show. They enjoyed some of the opinions she gave on the Bravo shows. On the flip side, there are some fans who think she would be an awful replacement for Kate. They loved Kate for her wit, insight, and humor,  most of which they don’t Brandi possess.

I think I should be on @BravoTV #chatroom I have so many very strong opinions about so many things! @Andy You can make this happen

The talk show originally started with the former Below Deck star. However, when Bravo extended its run, Kate was cut. Fans noticed that Kate wasn’t included in Porsha Williams’ announcement on Instagram. The former yachtie explained that she had to move back to Florida and that she has other projects lined up.

Brandi Glanville also tweeted her interest in joining The Talk. This comes after Sharon Osbourne left the show amid the controversy. She defended Piers Morgan after he made controversial comments about Meghan Markle. However, the talk show’s plan to replace Sharon is unknown at the moment.

But Brandi is taking that in her favor. Since the show encourages the women to share their opinions in an honest dialogue, the “Brandi Glanville Unfiltered” podcast host would have no problem. On Wednesday, April 7, she manifested the idea.

“I want to be on The Talk, not as a guest, but a host. Putting it out into the world,” she tweeted.

“You’d give people a reason to tune in,” Andy Cohen responded.

“I can be provocative without using slang or getting sued,” Brandi explained while directly tweeting The Talk. “Give me a chance. Thank you Andy for your comment [for] believing in me.”

I want to be on The Talk not as a guest but a host! Putting it out into the world

However, Andy didn’t respond to her request for joining Bravo’s Chat Room. Fans want to know if Brandi is okay since she’s been begging for jobs. They feel that she should stick to her podcast. Some argued that she has a case of foot-in-mouth, which makes her too controversial for either of these shows.

What are your thoughts? Do you think Brandi should join Bravo’s Chat Room or The Talk? Sound off below in the comments.