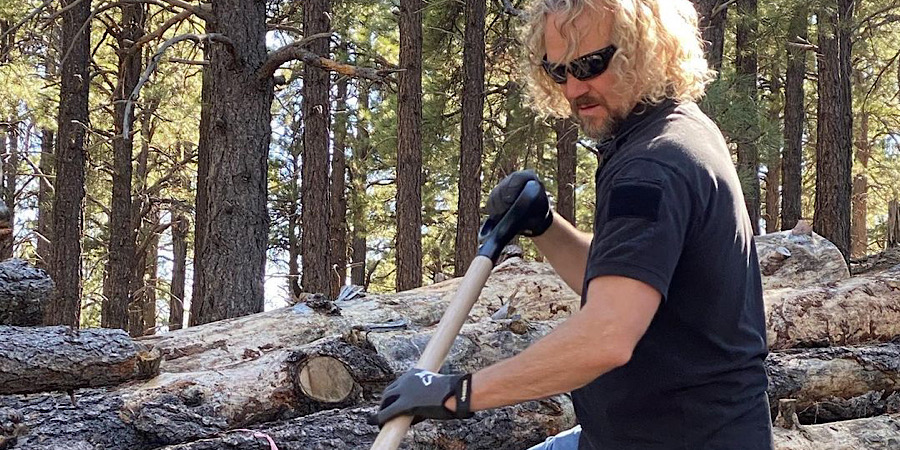 Last week on Sister Wives, Kody finally reunited with Janelle. The reunion gave both of them butterflies since they had been apart for over a month due to COVID. This was Janelle’s decision since two of her kids were still working and being social. Of course, Kody resented this and the idea he was only going back and forth between two wives. He also celebrated his thirtieth anniversary with Meri. What should have been magical was filled with heartache and pleading. She wants him to know how much she still desires him but he just does not get it. They are on two opposite pages and who knows if they can ever fix it.

Five years ago, Kody and Meri essentially broke up. This divide has extended through all of the wives since moving to Flagstaff. It has left Kody questioning if plural marriage is even the right decision for the family. He does not want the women to be in relationships they are not happy with. Especially if it is only based on their religious beliefs or upbringing and not because of pure choice.

To make things easier, the wives hop on group face chat as opposed to group text. Janelle shares Hunter will be coming home now that he is graduating. They want to start getting together as a family but it is extremely risky. Robyn notes they have not handled the pandemic as a team and Christine feels it is ridiculous they haven’t handled it as a team. Kody spoke with the family doctor and says they should not be gathering as a family at the moment.

Though the wives are cautious at a decent level, Janelle believes Kody is taking it to another level. Going for an extended period, possibly for several months without seeing each other, is seemingly unacceptable. This could be their reality yet Robyn says you cannot have a relationship if you’re dead. Janelle and Christine are on the same page so they may form an alliance. The kids would rather see their siblings instead of having Kody come around. Kody thinks Janelle is full of it. The idea of a socially distanced picnic at Coyote Pass comes up and the wives will do it regardless.

Disaster At Coyote Pass and Communication Is Key

Christine and Kody’s daughters decided to go have a picnic on the land but Kody warned them it was super muddy. They did not listen and Gwendlyn ended up getting her car stuck. She called Christine for help but to no avail. Kody went to see the mess she was in and he had to dig and pull her car out. Once he successfully towed her up, they discovered the battery was now dead. Robyn noted Kody always said he wanted to move somewhere he could play in the mud with his kids. Now he has the chance and he gets to play hero all at the same time. Janelle admits this is an old car so they’ll be lucky if it makes it past Gwendlyn.

Janelle had brought up communication early in the season but COVID put a pause on all that. It’s hard to work on reconnecting a family when they cannot even see each other. Janelle has asked Robyn to come by to have a chat. The two are sitting far enough apart and, at 51, Janelle is ready to start changing her communication skills. She wants to adapt and adjust to them. Robyn notes they talk at each other, not to one another.

She says she and Kody do not fight much and that’s because she had more of a volatile previous marriage. Thus, Robyn is totally on board with changing the way they all communicate. Being a unit and long-term is key or they are just monogamous women who share a husband.

Due to Hunter’s graduation, Kody spent more time at Janelle’s house. Now, he is headed to Christine’s for her overdue birthday date. Unfortunately, there are not many options with COVID so they will be taking a long drive to reconnect, something they love to do. They are looking for the prettiest spots, no plan and that is the goal for this birthday adventure.

Christine asks if he thinks they are going too far with the family separation. Kody can not help but feel like a lifeguard in the family, policing everyone. He has to make sure everyone is following the guidelines and she reminds him it is no more confusing than polygamy. There’s a chance Maddie and Evie will come to town and she refuses to not see them. He cannot dictate the rules and what she can and cannot do.

Christine admits she and Kody have had a rough relationship for a handful of years since he brought up the one home. It made her feel like she was last on the totem pole making him feel cynical about polygamy. She feels like a small spot on the big picture. No one really seemingly enjoys plural marriage anymore and that is a problem. Kody does not think it can be fixed.

Robyn Brings Up Something Big

Kody and Robyn are sitting to have a chat. They had talked about having more kids a few years ago but they agreed no more. He has mentioned that he is not done having children so she backs him in a corner. Kody admits this is all he has known, with eighteen kids from four to twenty-six. Their youngest still keeps them up at night and it has exhausted him.

Robyn weeps as she is not sure she is done but he wants to have a life that is not all about their kids. She says she feels relieved and sad at the same time. There is something inside of her that is telling her to have one more in a spiritual sense. She has a vision of a dark-haired boy so Kody questions if they need to adopt over biologically having another.

Hunter Is Home and Communicating With Christine Sister Wives Style

It is the first time Hunter will be home for an extended period of time since joining the Air Force Academy. So, it is vital to Janelle she gets the family together. She calls up Christine and tells her they have to chat. This is a big deal for the family because Hunter is the life of the party and lights up a room. His siblings deserve to be around him and vice versa.

Christine and Janelle have not always agreed on everything. They did not agree on the single house idea at all. Janelle was a fan while Christine was adamant it was a bad idea. Christine remembers how she gave up a lot of herself living in one house. She does not want to do that again. Christine is also struggling with her self-worth with the family and admits it to Janelle. Her sister wife is desperate to help her find communication methods to improve her self-esteem.

They both agree this is not the life they signed up for so maybe they will work together. It is a crossroads so what will they do next. Christine believes the next step is to move back to Utah. Next week on Sister Wives, Janelle believes by the time Kody will let them all reunite, there won’t be a family. Christine does not want to spend much time with her husband and feels the only out is moving to Utah. Kody reminds her no one but her wants to go. Don’t miss it Sundays on TLC and discovery+.