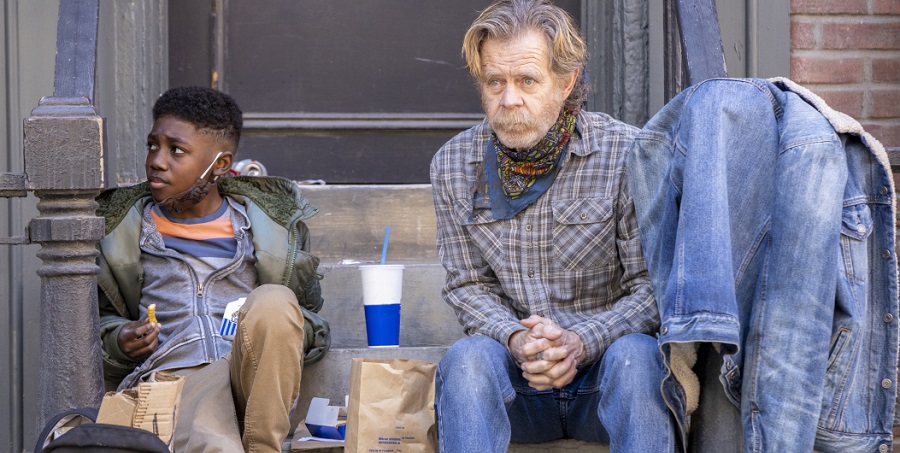 Last week’s episode of Shameless ended with Frank writing a suicide note and sticking it in a red envelope before overdosing on heroin. The episode ended with fans assuming Frank was dead. This assumption shifted when the preview for the Season 11 and Series Finale confirmed Frank would be a part of it. The question is: what did Frank write in his suicide note? What did the letter he stuck in that red envelope say exactly? Fans were dying to know. Fortunately, we’ve already watched the Shameless Season 11 and Series Finale via the Showtime streaming app. And, we have the answers for those who can’t wait or those who missed it.

Did anyone even find the red envelope with Frank’s suicide note?

Technically, the answer to this question is both yes and no. None of his children found his suicide note. Best guess it looks like someone picked the red envelope off of the floor where Frank stumbled and dropped it and sat it on the coffee table. But, no one bothered opening and reading it. Franny, however, did come across the red envelope and the suicide note. She, however, did what children at that age normally do. She destroyed it.

Franny opened up the red envelope, pulled the suicide note out, and drew pictures on it. While eagle-eyed fans could probably pause to read bits and pieces of the letter… This really wasn’t a good scene for figuring out what Frank said in his suicide note. This, however, doesn’t mean fans didn’t get to learn the answer to the question “what did Frank write in his suicide note,” it just meant they had to be paying close attention to the very end of the series finale.

So, what did he say in the goodbye letter?

Fortunately, this question does get answered at the very end of the Shameless Series Finale. At the end of the episode, we see Frank floating up in a bar stool above the Albi watching over his family and his city. Seeing them at peace. The final narration that Frank gives as the series comes to an end is him reading the goodbye letter/suicide note to the fans.

The letter narration of his suicide note kicked off with him making observations about his children. Frank hoped his children would find a way to just let go and enjoy life. He hoped Lip — who was as smart as a whip — would get out of his own head. Frank joked his son Carl betrayed the family by becoming a cop. He noted that Liam was the “apple of his eye.” He questioned where Ian got his work ethic from. And, he wished Debbie good luck as she, unfortunately, reminded him too much of her mother. Frank feared she would have a difficult life because of it. Fans agree he wasn’t wrong.

Frank even addressed Kev and Veronica in his suicide note. He said they were nosey neighbors that became way too involved in his family’s business.

People say you can’t drink your troubles away. I say you’re just not drinking enough. Guess that’s it. Not much left to say really. Except time’s precious. Don’t f*cking waste it. Have a good time. I sure as hell did.”

Frank floating into the air as he answered the question of what his suicide note said was pretty symbolic. He had always been dead weight to his children. An anchor holding them down. Fans hope they will all be able to be more successful with his death.

Shameless Season Finale: The end of an era

Were you one of the fans who wondered what did Frank say in the suicide note he put in his red envelope? Were you sad he was alone when he died while his children partied? Did the story coming full circle with the children singing around a car that was on fire while he narrated sit well with you? Did it make you sad that his children did not find the red envelope with his suicide note?

Share your thoughts on the end of Shameless and what Frank wrote in his suicide note with us down below.