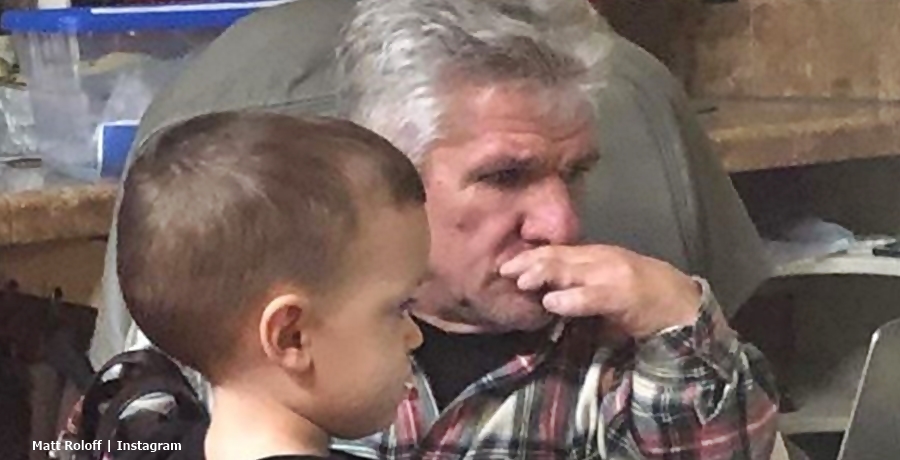 Jackson Roloff, a top fan-favorite from Little People, Big World might not follow his dad into farming, fans think. Their speculation about a possible career for the cute TLC star arose when Tori shared a photo of their activities this weekend. Of course, fans know that grandpa Matt Roloff calls his grandson his “Little Farmer.” But he also shows a lot of interest in other things.

Jackson Roloff finds a new hobby, might he make it a career?

TLC fans know that Jackson adores animals and he once fell in love with a chicken. Matt shared a few clips of him helping his Cha Cha (Caryn) bring in the chickens. Later, he became devoted to Teeter, one chick that stole his heart. In fact, at Christmas, he seemed rather more interested in his chicken than fetching in their Christmas tree. He posed for family photos, but Tori said he really yelled out about “Teeter.”

Often, Matt Roloff shares photos of Jackson Roloff out and about on the farm. He calls him a “Little Farmer.” But fans also know that the Little People, Big World kid loves other things like trains and planes. In fact, Matt hopes that Jackson loves his new attraction for their Pumpkin Season Festival. He shipped in a trackless train! Before that, Tori took Jackson to a festival and he really wanted to enjoy the ride with planes. However too, small, the officials wouldn’t allow it. So, the LPBW patriarch made his grandson his very own wooden plane on the farm.

Might Tori’s son become a pilot when he chooses a career?

Fans already know that although he’s still so young, Jackson Roloff flew in planes and he’s already a seasoned traveler. Actually, he seems to love the idea of flying. This weekend, we reported that Tori took her kids to the Wooden Shoe Tulip Festival in Oregon. She revealed some beautiful shots of Lilah and her brother in the rows of flowers. Their website site talks about activities like a hot air balloon in spring, as well.

Later, Tori shared that Jackson Roloff also saw the hot air balloon there and he seems fascinated with it. Posting up a photo of him gazing at it, Tori said, “I think Jackson found a new hobby. ☁️🎈” Well, some TLC fans think he might take it beyond that and choose flying as a career. One fan commented, “Uh oh looks like he wants to fly planes and air balloons.❤️❤️” Another comment read, “Hmmm planes and balloons…a future pilot?”

Unfortunately, even as an adult Jackson might not be able to work for a big airline as he’s so short.  Or, why not follow his Grandpa on the farm and one day offer his own hot air balloon rides during the annual Pumpkin Season Festival? That might work.

Wait! Having said that, can you already hear the cogs turning in grandpa Matt’s mind? Perhaps Matt gets one for the Pumpkin Season and surprises his cute grandson, Jackson Roloff. Sound off your thoughts in the comments below.