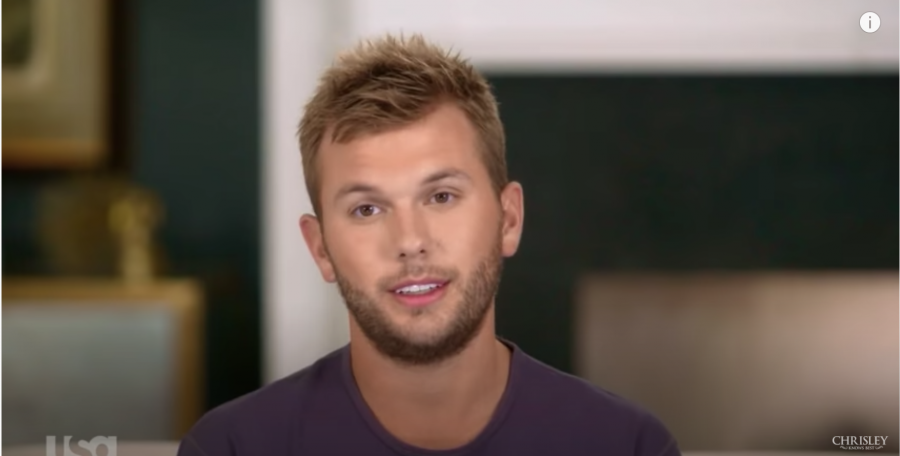 In a recent exclusive interview with US Weekly, Chrisley Knows Best star, Chase Chrisley is answering fan questions everyone is dying to know the answer to. Keep reading to find out more about what Chase has to say about his family.

First off, Chase Chrisley addresses how Chrisley Knows Best began.  Notably, he seems shocked when he realizes the show started almost nine years ago. A family friend that is a producer asks the Chrisleys to shoot a pilot. Of course, the family obliges. Shockingly, Chase shares that it was “pitched to eleven networks and we got ten offers.” Chase sums it up with “the rest is history.”

Next, US Weekly wants to know who people recognize the most. Without hesitation, Chase Chrisley says, “Oh, my day.” He kind of shrugs it off nonchalantly. Todd’s middle son adds, “And he loves it!”

Another thing that Chase shares about his dad, is that he’s the one that responds most to trolls. Chase says he “doesn’t even watch it.” Chase adds, “[Todd] responds to everybody and I’m like ‘dude, just stop.'”

Keeping with the topic of Todd Chrisley, US Weekly wants to know when Todd embarrasses Chase the most. Seems like this isn’t a fair question because Chase says, “Well, he’s always doing something. He continues to do stuff daily.” However, he recounts that having all of his things “thrown in a body of water growing up definitely sucked.”

For this next question, fans get to learn something about Chase they may not already know. The media outlet asks Chase what his most memorable fan experience is. Heartwarmingly, Chase shares, “We’ve gotten to do a lot with, like, kids with cancer and stuff like that. “There was this one kid, his name was Chase and we actually went and we spent the day with him and I think that’s got to be the most memorable experience,” shares Chase Chrisley. He also says, “Just being able to give back to people and if we can make somebody’s day by just showing up then that’s a blessing.”

One common question that it seems like all reality television stars get asked is, do you watch the show. Specifically, US Weekly wants to know if Chase watches Chrisley Knows Best with his family. Chase shares that it “freaks” him out to “hear his own voice and see it.” However, that doesn’t keep him from watching it with his family “from time to time.” With a smirk on his face, he says, “We already filmed it, so we know what’s going to happen.”

Interestingly enough, Chase Chrisley didn’t realize his family is famous until “like the second or third season” of Chrisley Knows Best. Chase shares that it was at that time they “started to have to deal with paparazzi and stuff like that.”