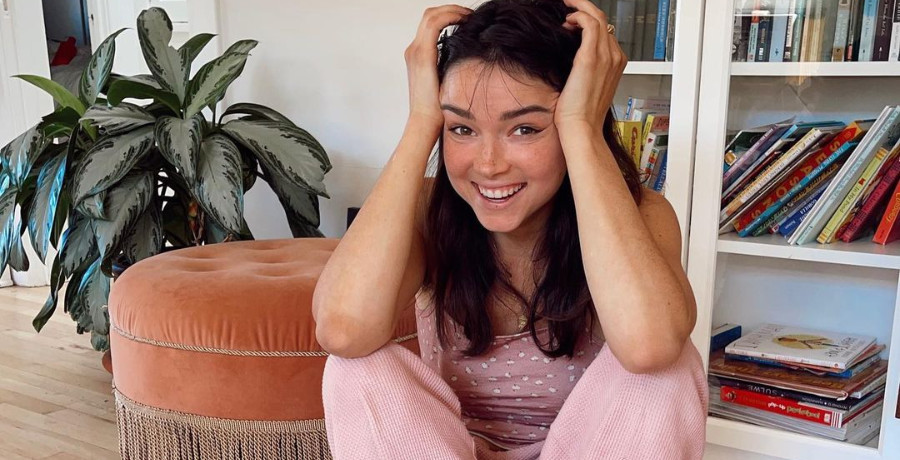 There is at least one person who isn’t buying the narrative that Matt James is the villain in his own story. Bekah Martinez is speaking out after rumors flooded social media that Matt James was two-timing Rachael Kirkconnell.

Why does the former Bachelor contestant doubt the rumors?

The Scandal That Rocked The Bachelor

Bachelor Nation fans were angry when they watched Matt James explain his break-up with Rachael Kirkconnell. It all went down during Season 25’s After the Final Rose special. Viewers had just watched as Matt James gave Rachael Kirkconnell the final rose and the two rode off into the sunset – literally.

That episode taped in late 2020. By the March 2021 filming of ATFR, their relationship was over. While The Bachelor was airing, a controversy took over social media involving Rachael Kirkconnell’s photos from an antebellum-themed party in 2018.

Due to the photos and Kirkconnell not understanding why Matt James was upset, the relationship ended. At least on Matt James’ end. Rachael Kirkconnell clearly held out hope that he would reconsider. In interviews following ATFR, Matt James made it clear there would be no reconciliation.

Season 25 of The Bachelor may be over, but spoiler guru Reality Steve never takes a break. Earlier this week, he revealed a shocking scoop about Rachael Kirkconnell’s visit with Matt James in NYC. Various outlets described the meeting as two friends hanging out.

But according to Reality Steve’s sources, Rachael Kirkconnell was there as more than friends. In fact, paparazzi caught Kirkconnell leaving Matt James’ apartment near tears. Why was she upset?

Matt James may have been dating – or at least talking to – another woman since before Season 25 started.

Read more about the alleged other woman here.

Reality Steve has been giving out spoilers about Bachelor Nation shows for over ten years. However, he’s not always correct. Bekah Martinez pointed that out on her Instagram Stories after the rumors grew like wildfire.

Many Bachelor Nation fans slammed Matt James as a player. Viewers already struggled with his inability to commit during his time as Bachelor.

According to Martinez, not only is Reality Steve sometimes wrong, his spoilers have ruined the lives of the contestants on the show. She didn’t elaborate.

She did, however, seem to take Matt James’ side. In another Instagram Stories slide, she makes it clear that Matt James was

“S I N G L E” since the After the Final Rose special. She encouraged her followers to let the man live his life.

Bekah Martinez Under Fire From Fans

Bekah Martinez also encouraged Bachelor Nation fans to disagree with her in dm if necessary. She often connects with fans and takes their words to heart. Martinez recently came under fire for promotional content on her Instagram feed.

The promotion advertised a trip to Hawaii. Screen Rant reports that her followers took her to task for the promo. What was wrong with it? As the outlet notes: “Native Hawaiians and Pacific Islanders are more likely to contract COVID-19.”

After getting backlash, Bekah Martinez edited the post to thank followers for their information. Furthermore, she stopped promoting the vacation on her social media.

Meanwhile, Matt James is living his best life, despite the drama. He attended night one of Wrestlemania 37 in Florida on April 10th.

Do you agree with Bekah Martinez’s take on the drama? Let us know in the comments down below. Join us on Facebook to chat about all things Bachelor Nation.

Jill Duggar Leaning On Her ‘Community’ In Wake Of Josh Duggar’s Arrest
Colton Underwood Posts First Thirst Trap After Coming Out
Carlin Bates Slammed For Putting Layla’s Safety At Risk In New Snap
Teaser: The Winders Disagree Over Third Wife On Next ‘Seeking Sister Wife’
‘Unexpected’ McKayla Adkins Strapping On Something To Have Fun