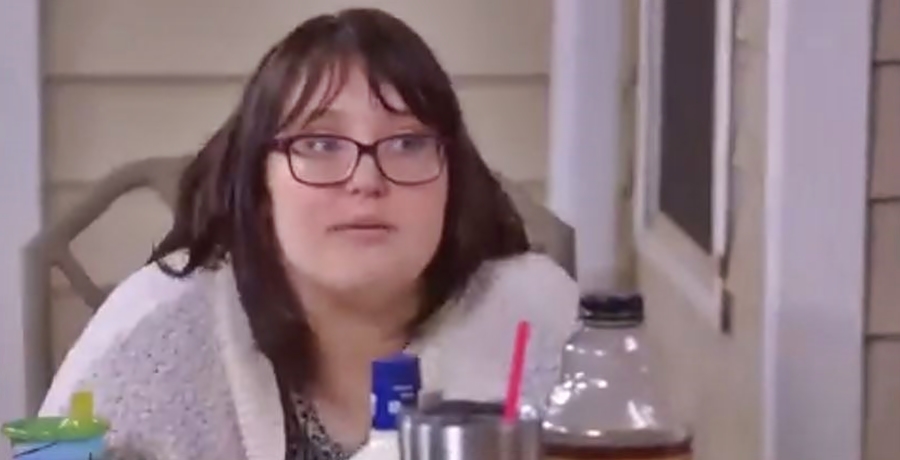 Rumors someone in the Mama June family is pregnant have begun to swirl. So, naturally, fans wonder if they are true. Is someone expecting a baby?

Pumpkin Efird pregnant rumors arose in August last year when she revealed that she and Josh tried for another baby. On April 9, the Mama June star confirmed on Instagram that they expect “baby #2.” Pumpkin, (Lauryn) already raises Ella Grace (3) and took over custody of her teenage sister, Alana Thompson, (15). Actually, fans thought she should wait before making more babies as she only recently turned 21 years old.

When we reported that Pumpkin hoped for more babies, Mama June fans told her they thought it was a bad idea. The reveal came in the comments section of a photo of her and Josh cuddling. In the main caption, she told Josh how much she loved him. So, a WEtv fan suggested, “Y’all need to have another baby !!! Love y’all 😍,” In her reply, Pumpkin said “most definitely trying.” However, fans believed that she should rather focus on her career before a new kid comes along.

Naturally, after that, fans scoured every photo on social media to see if Pumpkin Efird fell pregnant. So, the rumors started. Nevertheless, fans who watch Mama June: Road to Redemption see that Josh and Pumpkin’s marriage looks like it’s on the rocks. Filmed last year, that might explain why in a new teaser, Josh said that they put their troubles behind them. He said that look forward and turn their back on the dark days. Naturally, with Lauryn expecting a baby, they likely reassessed their toxic relationship. Of course, that’s just speculation and the WEtv show might reveal more.

Lauryn spoke with People Magazine and told the outlet, “We weren’t really expecting. We also weren’t trying either, but we weren’t preventing.” Apparently, Pumpkin Efird falling pregnant came over a year after she gave up using birth control. As it took ages for her to conceive again, she claimed that Josh almost reconciled to being a one-baby dad. Later, Pumpkin took to Instagram to make the announcement public. In her caption, she said, “After almost 3 years we are finally having another blessing and couldn’t be happier. 🥳🙏🏼😊🥰.” Naturally, many WEtv fans commented on the news.

Pumpkin Efird falling pregnant news makes many of her fans very happy. Most of the comments that poured in congratulated the young mom. One Mama June fan said, “Wait, what? OMGG CONGRATULATIONS!!” Another fan, equally enthusiastic, also used all caps. They commented, “YAY!!!!!!! CONGRATS TO YOUR BEAUTIFUL FAMILY!! 💗❤💗❤💗❤.”

Actually, a lot of love, hearts, and happy caps arrived for Pumpkin. Many comments echo this one: “Beyond best news I’ve saw all day, (sic)! Congratulations to you guys!! Ella is going to be the best big sister!!”

What are your thoughts on Pumpkin Efird falling pregnant again? Are you happy for her? Or do you think she takes on another baby too young in life? Sound off your thoughts in the comments below.