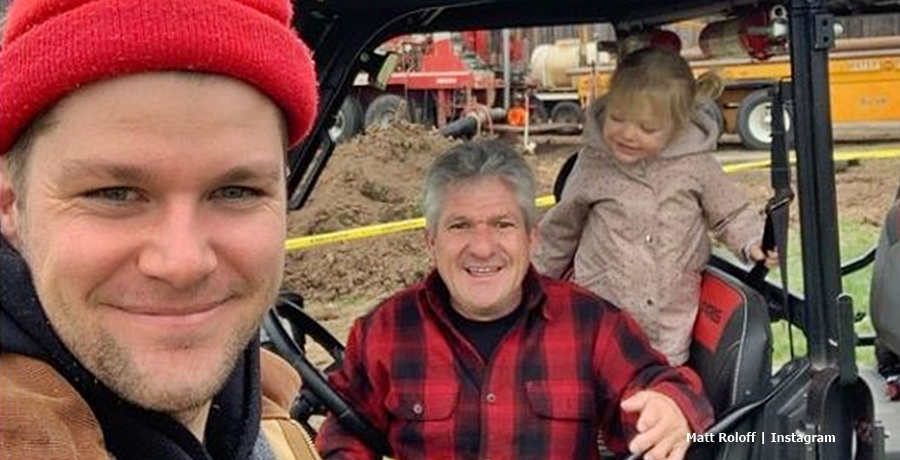 Matt Roloff spent part of Easter working on a new project but one of the older features seems the coolest. In fact, it’s been around for years. So, if you ever visited Roloff Farms for their Annual Pumpkin Season, you probably know it well. Taking to Instagram on April 10, the Little People, Big World patriarch shares a photo of it. As popular as ever, the TLC star clearly feels good about it. After all, it brought happiness to his own family and many young visitors over the years.

We reported this Easter, that the LPBW star impressed his followers as he worked with a huge cedar log. This time, he got out his handy chainsaw and started crafting a bench from scratch. Well, some fan wished he’d start a YouTube vlog and share some project construction there. Handy with his hands, he comes up with all sorts of ideas. Certainly, working with wood seems like one of his favorite activities.

Recently, Matt Roloff unveiled photos and a clip of a perfect little log cabin that he constructed on the farm. Set near some tall trees, he hopes to take mini overnight vacays there with his grandchildren. When the Little People, Big World patriarch revealed that it neared completion, he told his fans that he might also use it during the Pumpkin Season. People who make it there see several projects, including a wooden plane that his son Jackson really enjoys a lot.

Matt Roloff Reveals His Cabin In The Woods (Pictures)

Naturally, being a property which the public visit for the Pumpkin Season festival, Matt’s careful to comply with the various county regulations.

When Matt Roloff shared his photo of the Ark, he captioned it with, “Some people forget about one of the coolest projects we did on @rolofffarms some years back.” Additionally, he pointed that all these years later, it’s “still rockin’ the place today!” Designed with the help of Sven Baidenmann, it came with some controversy and ended up in a 9th Circuit Lawsuit. In 2013, Courthouse News reported that a “County building inspector” allegedly went on the property without first clearing his visit with Matt. That upset the Little People, Big World star.

Interestingly, Matt Roloff also took issue “with a county employee” who he suspected leaked info about the Ark to a blogger. Allegedly, the blogger suggested the Ark might “topple over.” Well, the case never really came to much, and clearly, the Ark never rolled over. In fact, it still sits rock solid on top of “Goat Mountain.” Hopefully, 2021 brings a bit of a return to normality for the Pumpkin Season. Last year, activities were curtailed a bit because of the coronavirus.

What are your thoughts about one of the coolest projects Matt Roloff ever put up on the farm? Did you ever see it on your visit to the Pumpkin Season Festival? Sound off in the comments below.