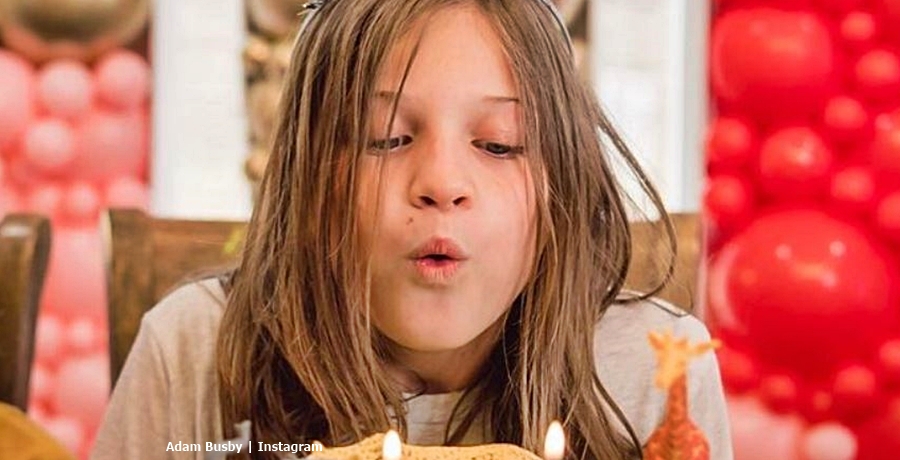 It’s A Buzz World on YouTube brings content that Adam Busby creates for OutDaughtered fans and now he shared throwback videos of Blayke. Fortunately, filming the kids didn’t only start with the arrival of the quints, Riley, Ava, Olivia, Hazel, and Parker. However, it’s only since the TLC show started that Adam began his vlog. Way before the quints arrived he took videos of Blayke, aged four when her sisters were born.

Blayke just celebrated her 10th birthday and fans heard that the festivities spanned about four days. We reported that after Easter, the family gathered for a final activity and they all enjoyed the cake. Plus, Blayke opened up all her presents. The birthday seemed very special and mom, Danielle made certain her daughter probably never forgets it. In fact, last year, Blayke couldn’t have her friends over, so it seemed very low-key. Later, OutDaughtered fans saw a belated sleepover at the Busby’s house for Blayke’s friends. However, her 10th birthday certainly made up for it.

With the birthday ending, Adam shared a video on Its A Buzz World on YouTube. He titled it, Birthday Week! Additionally, he tagged on the fact that he never shared the footage before. During his intro, Adam told fans that TLC never showed footage of his eldest daughter before the quints arrived. The List reminds fans that “Blayke was…a preschooler when her younger sisters…were born.” Before that, like most preschoolers, reality TV didn’t feature her at all. So, fans never got to see Blayke as a baby or toddler.

In the It’s A Buzz World video, TLC fans see Blayke as a baby laughing when her dad hiccupped. Then, she had a laugh attack when Adam tickled her. One clip revealed a very young mom, Danielle picking up her daughter when they went out for a walk. Cute Blayke also hid behind the curtains, dissed her mom for “touching her bandaids,” and denied she wore “diapers.” There’s so much more cuteness to enjoy. And, you can watch the video further down in this article.

The It’s A Buzz World video reveals that Blayke seemed every bit as cute as her little sisters. In one touching scene, close to the birth of the quints, she told her dad that “Hazel” would be “her favorite.”  Daneille told her they’d love and “look after all the babies.” However, OutDaughtered fans know to this day, that Blayke Busby holds a special place in her heart for the red-headed quint.

In the comments section on YouTube, fans seemed delighted by the throwback videos of little Blayke. One of them said, “She sometimes looks like Riley, but also she has the personality of Hazel. and the laugh like the twins, and the perceiving and patience of PK. She is like the quints smashed together.”

Sound off your thought in the comments below, about the throwback videos of little Blayke Busby on It’s A Buzz World.