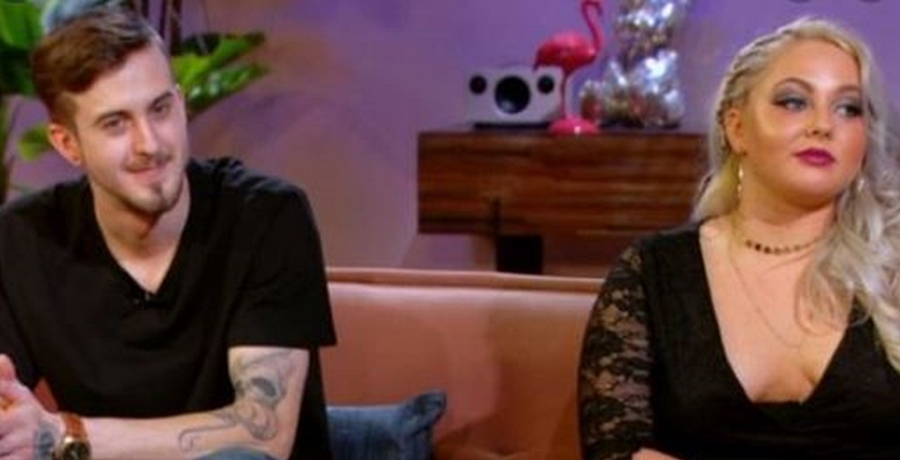 Jade Cline & Sean Austin breaking up and making up again could make for an entire season on MTV’s Teen Mom. Actually, they blow so hot and cold that sometimes, fans become confused. One moment Jade declares herself single, but the next thing, they get back together again. In fact, marriage speculation arose after a cryptic comment Jade made in March. However, they almost routinely break up again, and again, and again.  Well, in a Q&A on Instagram on Wednesday, Jade declared herself single in April. So what happened this time?

In mid-March, it looked like Sean was the hottest thing in Jade’s life. However, right now, he’s in hot water over Tinder. It came after she dropped a cryptic hint about getting married. However, no registry certificate surfaced anywhere. So, that probably wasn’t really on the cards. At the time, she gushed about Sean on her Instagram. The Teen Mom star said, “loving you has always felt so right.” Additionally, she claimed that their relationship “hasn’t always been easy but it’s always been worth it.”

Right now, Jade Cline & Sean Austin regressed to not loving each other anymore. In fact, she told a fan in her Q&A that anyone can “have him” after he was spotted on Tinder. So much for Sean and Jade considering adopting a sibling for Kloie! The baby daddy’s in trouble now and Jade told fans that she’s “single” once again. It’s not clear right now what the couple does with their OnlyFans account. The Ashley’s Reality Roundup speculated that now Sean’s out the door, he hunts for an alternative to Jade for semi-naked poses.

Sean’s behavior gives the lie to another statement that Jade made. Not long ago, she said that Sean “changed.” Jade Cline & Sean Austin seemed so tight as she said he learned “to love himself.” She gushed about how “proud” she felt about him. Short-lived, as usual, he fell by the wayside and looks rather hot to other women on Tinder. Starcasm delved into the dating website and grabbed a screenshot of Sean. As you can see below, he’s not bad-looking. So no doubt, someone hooks up with him there.

Jade Cline & Sean Austin featured on Teen Mom: Young and Pregnant. Back then the couple split but she got back with him and the reveal came during Young and Pregnant’s reunion for Season 1. However, they split again just two months later. Jade replaced Jenelle Evans on Teen Mom 2 when MTV fired her. Likewise, Chenney Floyd replaced Farrah Abrahams and in the new season that premieres in August, fans see Ashley Jones replaces Chelsea Houska.

What are your thoughts about Jade Cline & Sean Austin splitting yet again? Sound off in the comments below.