Just this week former Bachelor Matt James was seen in New York City with Rachael Kirkconnell. After the way they left things this sighting prompted rumors to start flying. Many think perhaps these two are trying to rekindle their romance. Thoughts swirled that maybe Matt wanted to give Rachael another chance. Has he forgiven her? Do they want to try again? Here’s the scoop.

E! News shared details about what sources close to Matt had to say about him reuniting with Rachael in New York. While fans hoped that perhaps they’re giving their relationship another shot, that doesn’t seem to be the case. Sources said Matt and Rachael are not back together. They said Rachael had been trying to reach Matt. However, he just now agreed to see her.

Another source said, “Rachael and Matt are completely just friends. He has no intentions of dating her in the future.” They continued saying everything that occurred on After The Final Rose still stands. The source also revealed that Matt is not looking for a relationship. He’s focusing on work projects for the time being.

A third source also confirmed the two are just friends. 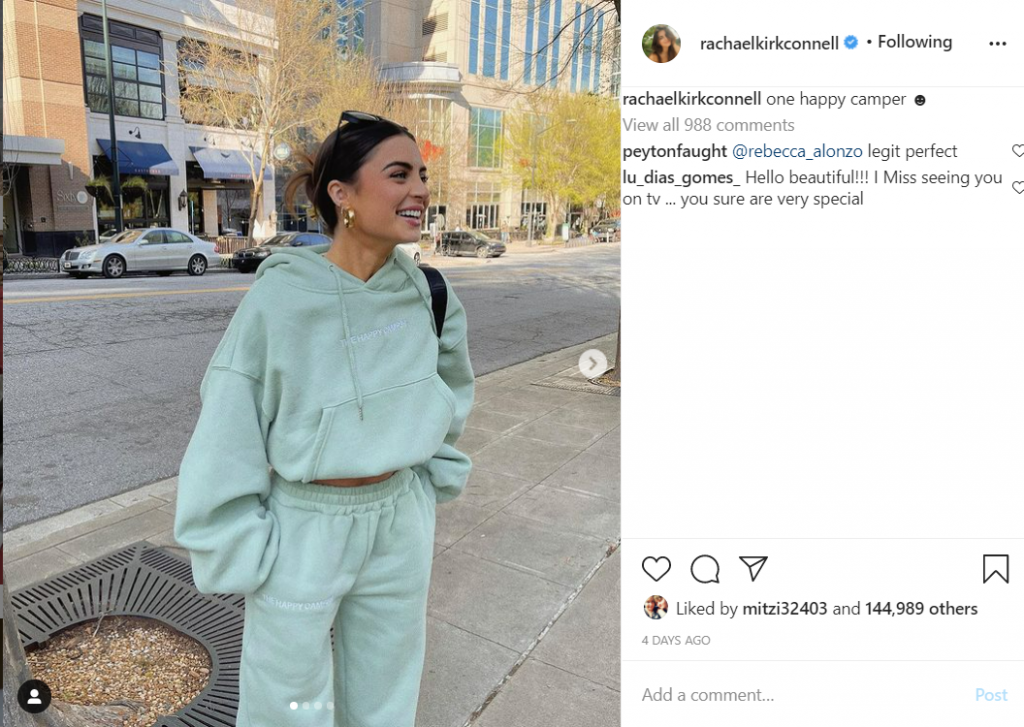 Rachael still has feelings for Matt

US Weekly shared about another insider and their thoughts on Matt and Rachael. They shared that Rachael does still have feelings for Matt. They said, “Her feelings for him never went away. She still loves him.” However, they also said Matt remains hesitant to give a relationship a try with her again. They added, “It seems like he just wants to be friends, but she wants to be in a serious relationship with him.”

The insider added, “They’re not officially back together. She reached out to Matt to see if he would be open to meeting with her. They’ve been communicating this whole time and she’s been updating him on how she’s been educating herself.”

Matt was heartbroken when he learned of the controversial photos that surfaced of Rachael. He said, “As someone who grew up in the South, it takes me to a place that I don’t often like to think about. I wasn’t OK. It was in that moment and the conversation that I had, that Rachael might not understand what it means to be Black in America.”

What do you think about Matt seeing Rachael in New York? Should they get back together?