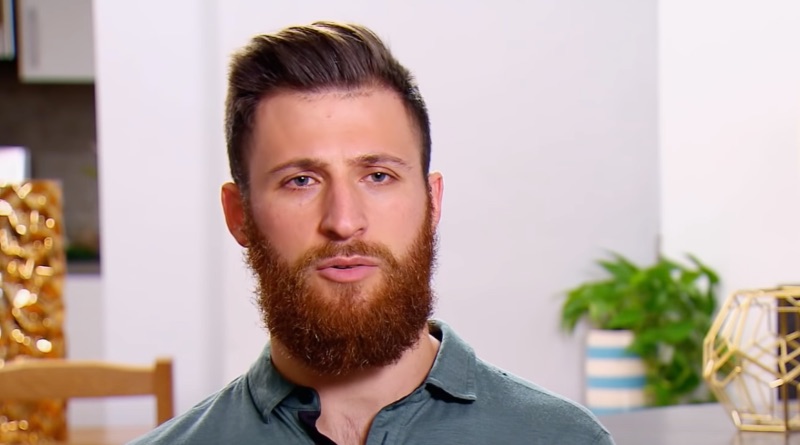 Married at First Sight cast member Luke Cuccurullo recently dished on his new girlfriend while talking to a fellow Lifetime celeb. What did Luke reveal about Kate Sisk’s replacement?

After a disastrous marriage on Season 8 of Married at First Sight to Kate Sisk in Philadelphia, a lot of watchers were shocked to find out that Luke found himself a new girlfriend. Due to his reputation as one of the biggest show villains in history, it was an added shocker that he found a new match without expert help.

Luke Cuccurullo went public with his new girlfriend back in 2020. The pair have been happy ever since. Still, there’s a lot of interest surrounding the person that stole the heart of one of the most notorious Married at First Sight cast members. Meanwhile, Luke recently dished on his lady love in a conversation with Season 10 husband, Michael Watson.

Luke Tells All About New Flame

Luke Cuccurullo went into more detail about his post-Married at First Sight flame during a recent conversation with Michael Watson. In terms of how the pair met, Luke revealed that he first met his lady “years ago.” So he didn’t have to look very far to find the love of his life.

Married at First Sight celeb Luke Cuccurullo added that the pair reconnected after knowing one another for a long time. In terms of how the couple gets along, Luke said that things are always “easy” with her. He went on to say that they always have a “good time” together. Also, he said that they know how to “make each other laugh.”

Married at First Sight Celeb Walking Down the Aisle Again?

Whenever a Married at First Sight cast member finds love after the show, watchers want to know if they will tie the knot once again. Not long ago, Luke and his girlfriend did a wedding photoshoot. This led many watchers to believe that they walked down the aisle and made it official.

However, according to Luke Cuccurullo, the couple isn’t there just yet. Luke told Married at First Sight celeb Michael Watson that marriage is “in the plans” for the pair. At least for now, they seem content to put that off. In the meantime, they certainly enjoy life as a couple.

One of the things the couple have in common is their love of travel. They took a road trip all the way to Tyler, Texas. While there, they picked up their fur baby – a toy poodle named Studley. Meanwhile, Luke said that they want to do the “travel thing” more before they eventually look to settle down. Either way, it looks like taking it slow certainly works for them.