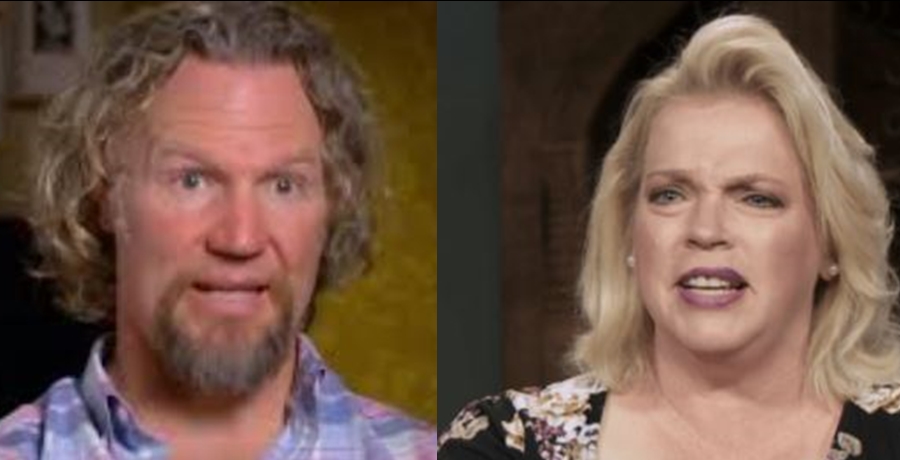 Kody Brown’s job seems a bit vague, but this week he used some old skills that he learned and started working hard with Janelle. The news came via Janelle who shared all about the Sister Wives patriarch toiling away after the snowmelt. Actually, some sarcastic critics couldn’t believe Kody even has a job. While most of his income comes from the TLC show, he put at least one other iron in the employment folder. This time he works hard drawing on skills from a job he held down years ago.

We reported that Janelle and Kody get along like a house on fire at the moment. In fact, he and Janelle hit it off straight away after a month-long quarantine separation. Additionally, when he attended the funeral of Meri’s mom, Bonnie, he made time for a bit of PDA with her. When Kody confessed to Janelle that he suffered “anxiety” about meeting up with her again, he needn’t have worried. In fact, they just picked up from where they were before. Some fans even suggested that he should ditch the other wives and just keep Janelle.

Kody Brown’s job eluded a lot of TLC fans. However, The Cinemaholic reminded viewers that he held down several jobs in the past. Actually, he became quite well-paid as a salesman for a sign business. More recently, he formed a production company named “Kody Brown Family Entertainment LLC.” However, you might not know that at one stage, he worked as a lumberjack. Well, it seems the Sister Wives star now puts those old skills to use in Flagstaff.

Kody Brown’s job from years gone by makes him the perfect candidate to get his hands dirty in the outdoors. Taking to her Instagram on April 7, Janelle shared a photo of him hard at work. He wore jeans, boots, gloves and a polo shirt. It also looked like he took the time to don some safety glasses as well. Janelle told her fans that the snow melted so they went out and worked on some logs they received last year. She explained that before the weather turned “cold and wet,” they peeled some of them.

Talking about how they plan on using them, she thought they might keep them for one of their new homes. Actually, Kody Brown’s job from yesteryear might come in handy if one of the wives opts for a log cabin, fans agree. Mind you, Janelle also thinks they might keep the logs for “fence posts.” Fans who love the smell of freshly peel logs wished they could enjoy the scent. Janelle mentioned that “the smell of the wood is earthy and enticing.”

TLC fans noticed that Kody Brown’s job in the outdoors made him look very different. After all, they seldom see him working up a sweat toiling at work. Actually, some of them thought he looked rather enticing as well. One of them commented, “Look at them muscles 💪 gotta make his quad of wives say YUMMY 😋.”

Jeremy Vuolo Goes Back To College & Back To His Roots
‘Blended Bunch’ Exclusive: Fate Of TLC Series Revealed, Season 2?
‘LPBW’: Zach & Tori Roloff Celebrate Anniversary Without Their Children
Chrishell Stause Vacations In Paradise With Her New Man — Who Is It?
Chase Chrisley Enjoys Donut Date With Nanny Faye: See Photo