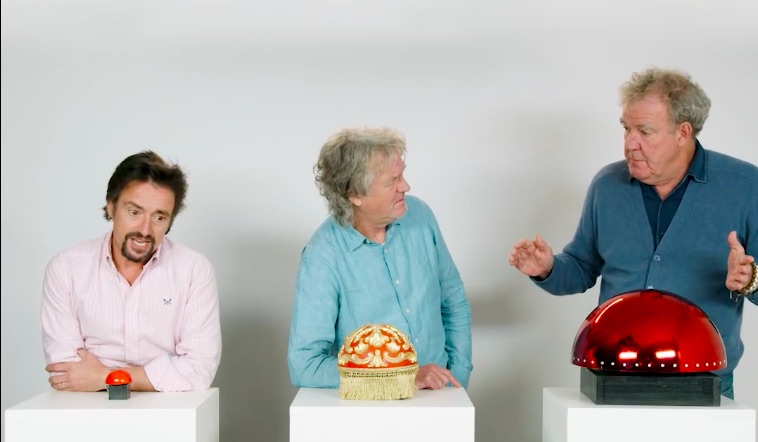 What did the former BBC hosts have to say about their beloved colleague?

When Jeremy, James, and Richard left Top Gear for their own Amazon show, The Grand Tour, no one ever imagined that they would return. But, the tragic death of Sabine Schmitz was reason enough for the former BBC stars to return to remember their former colleague.

Just last month, race car fans around the world were saddened by the announcement that Sabine Schmitz died of cancer, after battling for three years. The delightful Top Gear star was only 51.

Nicknamed the Queen of the Nürburgring, she is the only woman to have won the 24-hour race. Competitive on and off the race track, she dealt with the current Grand Tour stars with a lot of humor and grit.

What did the trio have to say about the talented driver?

What They Said About Sabine Schmitz

Just a few days ago, Top Gear remembered Sabine Schmitz. Clarkson, Hammond, and May all joined in praising the talented driver. First, they showed a video of Sabine. Then, they each had a few words.

Normally silly and sarcastic, Jeremy Clarkson was very tender as he remembered Sabine. According to The Daily Mail, The Grand Tour star said, “She was fun and she saw driving a car as a fun thing to do and driving it quickly and even more fun thing to do. I think that came out.”

Clarkson added, “When she walked into a room it was as though everything just got a bit brighter and a bit louder.”

Richard Hammond shared the same sort of sentiment. He explained why the trio instantly bonded with her. “She loved doing something that we all love doing – and also, was extremely good at it.”

Hammond concisely summed up why Sabine was so beloved. “You watch those films with her in again and just watch her smile. Watch her expressions when she was driving right on the ragged edge, even in those moments she was happy to give in to the joy of it.”

Moreover, Richard did state the obvious that Sabine Schmitz still had more to give the racing world. “And the great tragedy is I’m sure she had much more of that to share with us.”

Captain Slow was able to sum up why Sabine’s death saddened the racing world. “It’s the breadth of affection for her. It was everybody from hard-core Nurburgingers, who respected her enormously, to just households who watched Top Gear and just loved her because she’d turn up and slightly smash the place up.”

When Will The Grand Tour Return To Amazon?

As important as memorializing Sabine Schmitz is, Grand Tour fans certainly want to know when they will see their favorite trio back on Amazon Prime. When will the Scotland episode drop?

Right now, the plan is to drop it sometime in 2021. Unlike previous episodes, this will only be an hour long. However, fans will just be happy to see something new. As for filming something new, the team is waiting for Covid restrictions to ease up.

Whether they film another episode in the U.K. or explore beyond, fans will appreciate new material. However, for now, Jeremy, Richard, and James remember and honor Sabine Schmitz. She brightened the world of racing with her vivacious personality and keen driving skills.

Will the team honor Sabine on The Grand Tour? That remains to be seen.