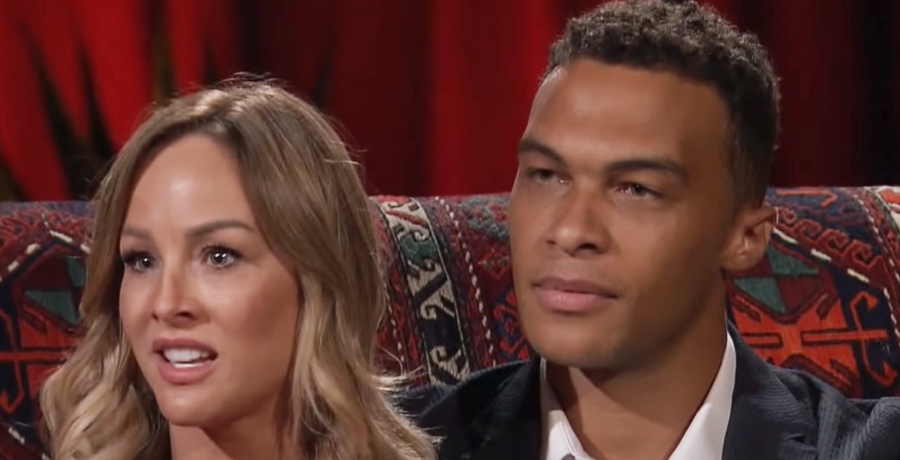 The way Clare Crawley and Dale Moss split up seemed like the end of that relationship. Clare revealed she didn’t know they were breaking up until Dale posted it on Instagram. However, it seems the two have had a change of heart. They’ve most recently been spotted on each other’s Instagram story. When they first started dating after it was revealed she had left The Bachelorette with him, they shared pictures and videos constantly.

They were spotted together out in New York City according to People. Moss also posted a picture with Clare on his story captioning it, “selfie skills on 100.” While rumors had been flying for a while they were hanging out, now it seems they are going official.

Clare popped into her stories to share her extensions had fallen out. She dramatically twisted her head from side to side showing one was shorter. Then the next post feature Dale Moss helping her cut them out. In the next picture, she throws the hair at him while he eats a steak.

Fans also speculated according to People they were looking for NYC apartments together. There was a video from a vacant one with a view of the Empire State building. One source wasn’t surprised they had started trying to work through things. They said, “Dale and Clare love and care for one another deeply, they always have and will.”

Have They Brought Back The Joint TikToks Yet?

On TikTok, Clare hasn’t made an appearance yet. Dale just posted on Good Friday and announced he was giving money from Cameo to charity. More specifically he is giving it to his high school basketball coach who is battling cancer. Every comment on that post said, “where’s Clare?”

Fans want to know what’s going on. One posted quite forwardly on her Instagram, “when will you explain the recent stories you’ve posted with [sic] dale to all your followers and biggest supporters?” Clare responded, “asking someone to explain their personal life is what you do to reset and recharge? That’s a new one, but whatever works!” This was because the question she asked on her post was about how people recharged.

Some fans loved her come back while others decided to call her out. One said, “personal, yes in a way but putting it on social media allows others to wonder because you both informed the media that you were going separate ways.” Another said, “this is a surprising comment coming from you and sadly, a bit distasteful with a tablespoon of gaslighting.”

What do you think about this? Are you happy to see them back sharing content together? Comment with your thoughts below.