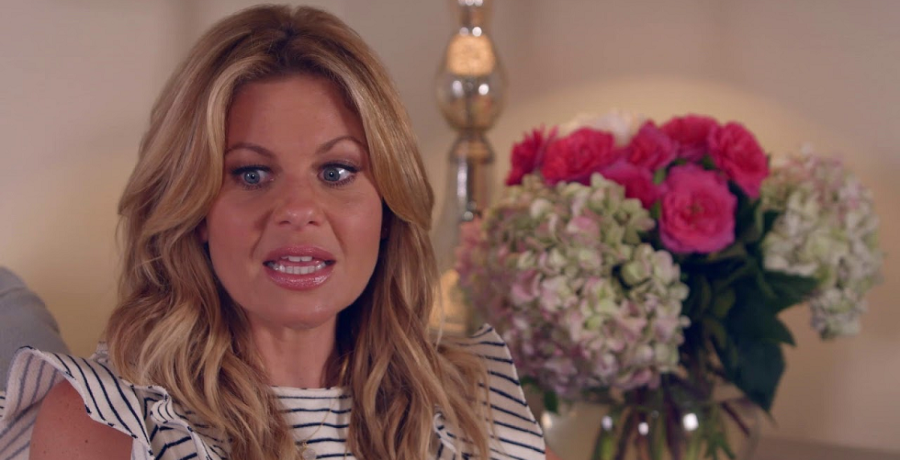 Candace Cameron Bure has bad days as well. The Hallmark Channel star revealed the one time when she was rude to someone. So far, the bubbly actress has written two books on kindness called Kind is the New Classy and Radical Kindness Devotional Guide. The latter dropped on her birthday on Wednesday, April 7.

The Fuller House star has been always candid with her fans and followers on social media. She admits she’s not perfect even if she comes off that way. In her profile with Vogue Mexico, she recalled a time when she was once mean to someone to show an example of how she’s not always perfect as she seems.

That one time Candace Cameron Bure was mean to a cakemaker

The Aurora Teagarden star is known for her Christian faith and strong family values. Candace Cameron Bure is the type of mother who would protect her children and defend them on social media. In her new book, she detailed a time when she wanted her daughter Natasha to have the best birthday ever, but she would get the cake specially made. This decision led her to have a meltdown when she lashed at the cakemaker.

“I remember going to a store to buy a birthday cake for Natasha. I didn’t reserve the cake, I just walked into the store and said to the receptionist, ‘I need a cake now!'” Candace said, as translated by Cinema Blend. “He replied: ‘We don’t have any, but we can do it for you tomorrow.’ I got upset, I panicked, it was my mistake, and I started telling him that I couldn’t believe he didn’t any cake, that I would never go back to that place, it was a disaster, and I left.”

The former child star recalled feeling terrible after that moment. It wasn’t one of her best moments. Candace took responsibility for that situation because she knew it wasn’t the other person’s photos. The actress admitted that she was acting like one of those celebrities at that moment.

Candace Cameron Bure owned up to her mistake. The very next day, she went back to the same bakery where she apologized to the same cakemaker. She wanted to get back on the right foot with them. He was so stumped that he didn’t know what to say.

“The next day, I drove to the store, and the same person who attended me was there, I said, ‘Hi, I was here yesterday, and I want to offer an apology because I was not nice. I shouldn’t have exploded with you. Please I beg your pardon,'” Candace continued. “His eyes widened, and he replied with an, ‘OK..’ I think it was such an unexpected reaction.”

The Full House alum admits that she makes “mistakes all the time,” but she always tries “to go back and correct them when I can.” Candace doesn’t want anyone to have the wrong impression of her. This situation taught her to be “as kind as possible.” Even on bad days, it’s something that she tries to do her best. It’s a lesson that everyone can use in these times.

Chase Chrisley Gives the Scoop On His Famous Family
Did Jade Cline & Sean Austin Split Again? Teen Mom Fans Can’t Keep Up
‘Shameless’ Season 11 Series Finale: Did Frank Actually Die?
Audrey Roloff Opens Up About Who She Used To Be
Jill Dillard Praised For Not Giving Her Son A ‘Generic’ Birthday