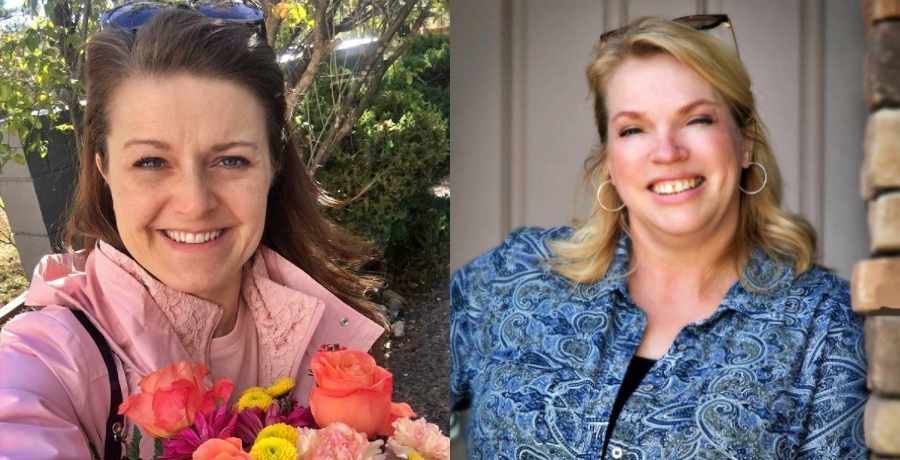 As fans of Sister Wives know, Kody and Meri Brown have had marital problems for years. However, on the latest episode of the TLC reality show, Kody appears to be struggling with his beliefs about plural marriage as a whole. This led to two of his wives, Robyn and Janelle, opening up about his polygamy doubts.

On Sunday’s episode of Sister Wives, Kody and Meri are “celebrating” their 30th wedding anniversary. However, celebrating is not really the right word to use for the longevity of their union. On the show, Kody and Meri discuss their relationship, where things stand for them right now. They discuss their lack of intimacy, with each party basically blaming the other.

However, as the discussions continue, Kody starts to question their plural family as a whole. He ponders whether they would all be better off looking for other arrangements than those they currently have.

As this part of the show aired, both Robyn and Janelle headed to Twitter to sound off on Kody’s cynical view of their polygamous family. In her tweet, Robyn admitted that their relationships have suffered, especially with the COVID-19 pandemic. She said they did need to work on things, even if Kody found this hard to admit.

It is so hard to see where Kody is at right now but I know we all need to do better and work harder on our relationships with each other.

On Janelle’s side, Kody’s other wife took a more positive stance. She admits that she was the one who was initially concerned about their family splintering after their move to Flagstaff. However, she has hope that the family as a whole will be able to get through to the other side.

I personally don’t think the outlook for our family future is as bleak as @realkodybrown paints it. I think there is so much potential and I have great hope. #SisterWives

Naturally, the entire Brown family needs to address the drama unfolding between Meri and Kody. Since her mother’s passing, Meri has been staying away from social media. However, as noted by IB Times, Kody was on social media during the episode. He soon lashed out at trolls criticizing the way he is handling his relationship.

Kody wrote that it isn’t a fight or situation where people should take sides or even give opinions. He said it is their problem and they will work it out as they should. Brown added that this happens in marriage, so what they think of him is none of his business.

This isn’t a fight or a situation that people should takes sides or even give opinions. It is OUR problem. We will work it out as WE should. This happens in marriage. So what you think of me is none of my business.#SisterWives

This naturally led to his fans and followers speaking out, with one writing, “It [sic] it’s your problem DON’T be 9n [sic] TV PERIOD….”  Another stood up for Meri, writing that he is going to get feedback, negative or not, when he is in the public eye. However, they added, “meri is a good sort.”

Another fan commented, writing that maybe Kody shouldn’t have “put it on TV” then. They wrote that they have been married for 33 years, adding “yes, marriages have their ups & downs but my husband would never talk 2 me like U talked 2 Meri.” She wrote that neither of them has met other people online either. However, if that is why Kody can’t stand Meri, they said they need to get a divorce.

Brittany Cartwright & Jax Taylor Already On Board For Baby No. 2?
Clare Crawley SLAMMED For Shady Tweet About Matt James: ‘Mind Your Own Mess’
‘Seeking Sister Wife’ Why Aren’t The Alldredges In Season 3?
Danielle Busby Goes Topless & Uncle Dale Blows Chunks In Response
‘The Bold And The Beautiful’ Spoilers: Will Liam Confess?