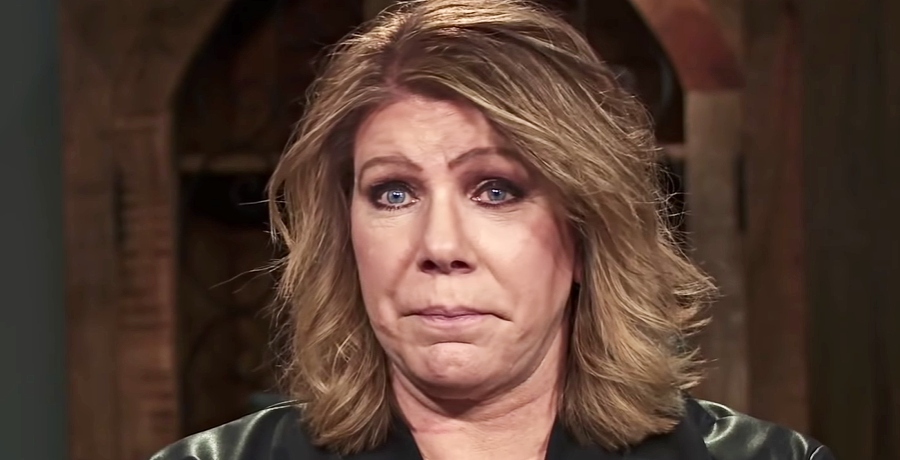 As Sister Wives fans continue to watch Season 15 of the hit TLC show, more and more of them become concerned for Meri. Understandably so, since from the looks of it her marriage to polygamist Kody Brown is in shambles. Fans often take to various social media platforms to express their concern and give Meri ideas about what to do in the wake of her relationship drama. It isn’t the first time fans recommend that Meri join a different television show. Keep reading for more details.

Earlier this spring, TV Shows Ace reports that fans call for Meri Moving On a Sister Wives spin-off. There are a surprising number of Team Meri fans that are all for this idea. The Meri Moving On show concept accompanies a #freeMeri movement on social media.

The bulk of this movement comes after a fan points out how miserable Meri looks on an early Season 15 episode of Sister Wives. Team Meri fans came up with a unique solution. However, it may be kind of a stretch. Some fans would like a show that’s all Meri. However, there are other fans that would be okay with a show with all the wives. However, they stipulate that they’d have to dump Kody. Notably, these particular fans don’t seem too fond of Robyn either.

After the most recent episode of Sister Wives, a new fan idea came about. One fan takes to Twitter with a unique suggestion for Meri. The suggestion came in response to the article below.

The fan inquires about “what value” and points out that she and Kody don’t call each other. However, that latter part is an assumption based on what the fan sees. Consequently, the fan compares that estranged couple as “strangers in the night.”

What value Kody doesn't call her nor she him, their like strangers in the night. Meri apply for Seeking sister wives, u look tormented. https://t.co/iFsEWvcchQ

In conclusion, the fan makes an out-of-the-box suggestion. “Meri apply for Seeking sister wives, u [sic] look tormented.” This opens the door to some questions. In Sister Wives Meri and Kody Brown’s 30th wedding anniversary episode, Meri seems like she wants to salvage her relationship.

Not only does it appear like both, but Meri and Kody also have a glimmer of hope, it is kind of presumptuous to think that Meri would want to go from one polygamist relationship to another. Do you think that after 30 plus years of polygamy, Meri might want to be in a monogamous relationship? What would it be like to have Meri on Seeking Sister Wife?

Undoubtedly, Team Meri fans have their favorite sister-wife’s best interest at heart. However, is being on a different reality television show taking things too far? Let us know your thoughts in the comment section below.

Come back to TV Shows Ace for more Sister Wives news. Check out Season 15 on TLC. The show airs Sundays at 10 PM ES.