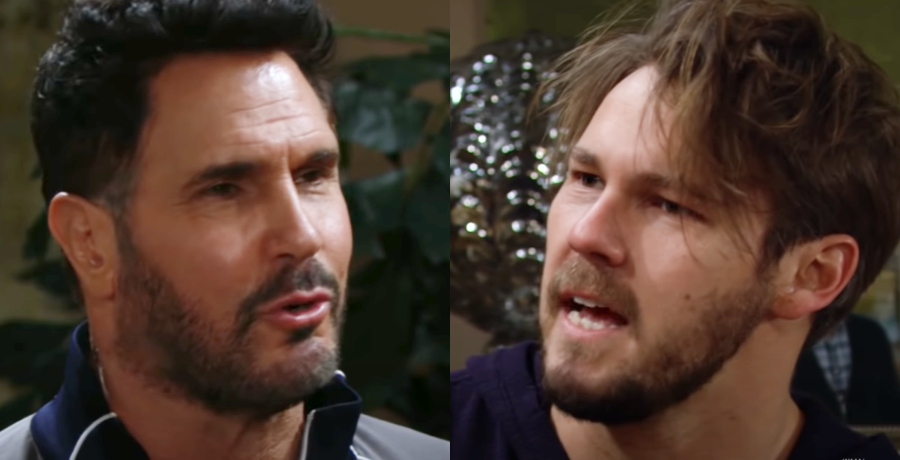 The Bold and the Beautiful spoilers for Thursday, April 8, 2021, reveal a day of cover-ups and fear as the aftermath of Liam’s accident will have ripple effects everywhere.

The Bold and the Beautiful Spoilers: The Cover-Up Begins

Considering the fact that Liam (Scott Clifton) was not driving drunk and got out of the car to help the person he hit, covering up the accident that killed Vinny (Joe LoCicero) doesn’t make much sense. If he and Bill just called the police, then it would be considered an accident and not a hit and run. Yes, there may have been some legal challenges, but covering it up makes things so much worse.

Of course, that is exactly what Bill (Don Diamont) convinces Liam to do. Never let anyone know he rammed his car into Vinny (by accident) and killed him. Liam is not keen on this idea, but being a pathetically weak man, he agrees to go along with whatever his father wants.

Will they enlist Wyatt (Darrin Brooks)  in their little dirty deeds? After all, the Spencer men like doing things like this together. Wyatt’s life is going pretty good at the moment so it’s a decent bet he will want nothing to do with it. Still, once he gets sucked in, it’s going to be hard to get out of. This is all Bill’s idea and it seems Bill doesn’t even know how much he may be damaging his own life. 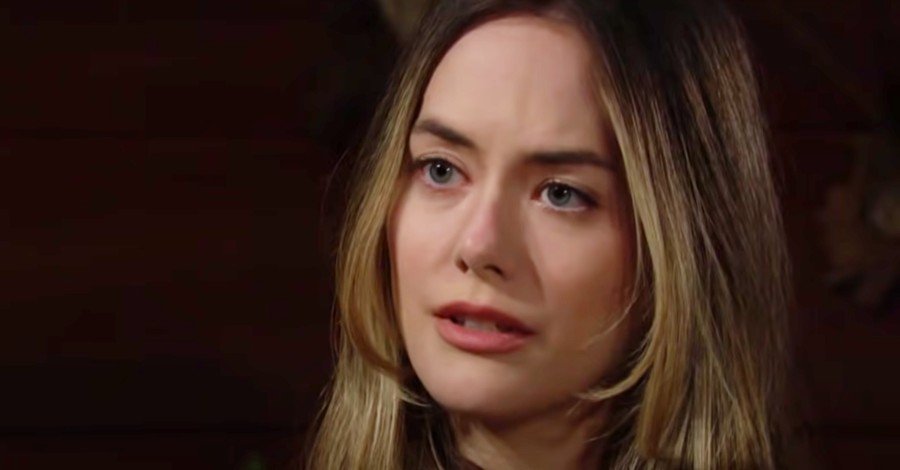 Meanwhile, The Bold and the Beautiful Thursday spoilers say Hope (Annika Noelle) sits in the cabin alone still waiting for Liam. His emotional and romantic pleas tugged at her heartstrings. They even shared a kiss. Hope knows how dedicated Liam is to make an effort to win her back. Likewise, how important repairing their family is to him. She even told her mother about the kiss, giving Brooke (Katherine Kelly Lang) much glee. Can’t they just solve their issues and leave the past behind? Hope remains optimistic but worried.

Then, where on Earth is he? Why hasn’t he shown for their planned date? Hope’s mind races everywhere. Might he be with Steffy (Jacqueline MacInnes Wood) again? Somehow he does always end up there. Is there yet another woman? Or is Liam in some big trouble she’s not aware of?

Don’t miss new episodes of The Bold and the Beautiful weekdays on CBS. And, stick with us for the latest spoilers and recaps.

YUCK!! What Has Savannah Chrisley Done To Her Face?!
Fans Think Nathan Bates & Esther Keyes Have A Secret: See Video
Chase Chrisley’s Girlfriend Emmy Medders Stuns In Sexy Black Bikini
Ben & Jessa Seewald Reveal Baby’s Name, But What Does It Mean?
Who Will Be The Next ‘Bachelor’? One Contestant Reportedly Getting ‘The Bachelor’ Edit