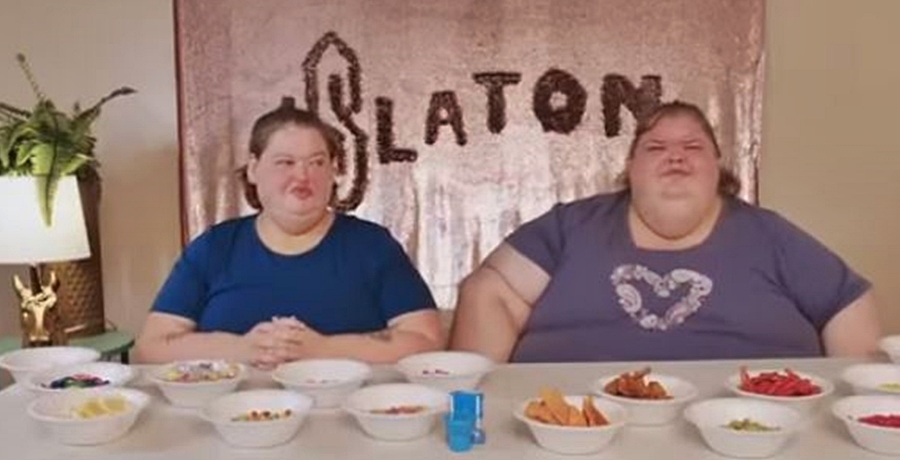 Rumors swirl there is an ongoing fight between Amy and Tammy Slaton. Are the TLC sisters currently at war?

Fans recall, Amy and Tammy Slaton collided a few times in the last season of 1000-lb Sisters. The season ended already, but fans slam Tammy for dissing her sister all the time. However, is that really true? Are they fighting to the point where what they do and say rates as a permanent rift? We decided it check it out. After all, some fans have long memories and can’t really separate what they previously saw on reality TV from the events of today.

Often, TLC fans take things out of context. While fans thought that Tammy seemed terribly jealous of Amy’s baby, it turned out not really true. Recall, at one stage lot of fans, thought things grew quite toxic between the two TLC stars.

That came when she attended therapy and all Tammy could do was say nasty things about Amy. In fact, she blamed Amy for feeding her the wrong food so she put on weight. Then, when she met Amy’s baby, Tammy seemed less than thrilled about it. Fans slammed Tammy for it. But clearly, that all got taken out of context.

We reported that when Amy & Tammy Slaton fans saw a TikTok by Tammy, a fan asked her about it. In the reply, Tammy reminded 1000-lb Sisters fans that she tested positive for COVID-19 the next day. Clearly, feeling ill, she couldn’t work up much enthusiasm for anything. So, it’s not that she hated the idea of meeting the baby over jealousy, but that she just felt unwell. Recently, the two 1000-lb Sisters stars shared a few videos on their Youtube. And there, fans talked in the comments about how toxic Tammy seems with Amy.

Do the two sisters fight all the time?

On February 9, Amy & Tammy Slaton appeared in a video together. Playing at trick or treat, they sat outside and spun the wheel. Then, whatever came up, required a trick or something nice. The two women bantered nicely and enjoyed messing about.

But, in the comments, a fan blasted Tammy. They noted, “Tammy why are you so rude, moody, and short tempered with Amy. Really makes me mad how inconsiderate and ungrateful you are towards AMY!! You said you didnt need Amy right….. So stop asking her to do sh-t for you ( and that includes poor Micheal). He aint your man, personal butler, or slave. Push your dam self.”

Well, on almost any video that Amy and Tammy Slaton feature in, those comments go her way. And yet, in the video, Tammy said nothing horrid to Tammy. While there’s no denying that sometimes Tammy snaps and snarls at her sister, it hardly takes place all the time. If you check out early videos by the two TLC stars, even before they landed the show, Tammy often said things that sound nasty. But quite often, she giggled or smiled as she said them. By now, Amy clearly knows her sister very well. That might be why she so seldom throws a tantrum about it.

What do you think about Amy & Tammy Slaton who fans think just fight all the time? Do you agree that actually, they often get together and laugh and joke with each other as well? Isn’t that pretty much how many sisters handle each other? Perhaps in Season 3 of 1,000-lb Sisters, fans see fewer toxic scenes. That depends a lot on the way TLC edit and crops the show for maximum drama.  Sound off your thoughts in the comments below.