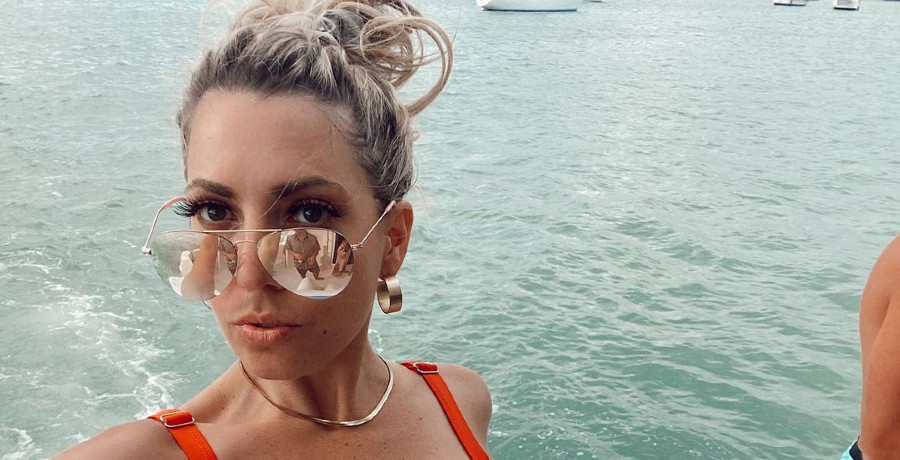 Victoria Larson didn’t expect to win Matt James’ heart during The Bachelor. But she also thought she would stick around longer than she did. In a revealing podcast appearance, the so-called “villain” of Season 25 finally broke her silence on all things Bachelor Nation.

Some of what she said may surprise people who tuned in weekly to watch Matt James’ journey to love.

Victoria Larson on Lack of Chemistry With Matt James

During her time on The Bachelor, Victoria Larson said over and over that she was the one for Matt James. But it turns out the truth of her connection with Matt James wasn’t that strong. She knew it early on, but tried her best to keep getting roses. Why? For “fun.”

The so-called “Queen” Victoria isn’t in denial about how things were going between her and Matt James. Larson was a guest on the Not Skinny But Not Fat podcast. It’s the first time she’s spoken in-depth about her experience on The Bachelor. And she did not disappoint.

Regarding her connection with Matt James, she didn’t see any sparks. She told the podcast host Amanda Hirsch, “I didn’t personally have, like, that romantic spark or that, like, physical chemistry.”

If she didn’t “feel it,” why did she stay on the show so long? She has her reasons. Larson explained, “I was just like, ‘OK, let’s bring the queen. Like, let’s just have fun with it.’ That’s kind of how it was for me.”

She Thought Rumors That Rachael Kirkconnell Won Were Wrong

Victoria Larson wasn’t feeling it with Matt James, but she wasn’t prepared to get sent home so soon, either. Especially over some of the “other girls” in the group. Larson got the boot during Episode 5. Several other contestants were sent home over bullying allegations, including Anna Redman and Mari Pepin.

During a tense elimination ceremony, Larson told Matt James he was making a mistake by letting her go.

Spoiler guru Reality Steve broke the news early in the season that Rachael Kirkconnell was the eventual winner. But many – including Larson – didn’t believe the rumors. Us Weekly reports that Victoria Larson thought Bri Springs would get the final rose. In her opinion, Springs’ chemistry with Matt James was the strongest.

If you didn’t know, Victoria Larson has traded in her brown hair for voluminous blonde locks. Summer isn’t here yet, but the “Queen” has kicked off her Hot Girl Summer already. Larson shares multiple bikini shots on her Instagram. And she looks amazing! Check out some of her bikini pics.

As viewers may recall, Matt James and his friends were caught body-shaming Larson while the show was airing. She spoke to the podcast host about what that did to her self-esteem. The Bachelor alum had a come-to-Jesus prayer session after which she vowed not to “talk s**t” about people anymore.

However, she still doesn’t see her behavior on Season 25 as bullying.

Does She See a Future in Franchise?

She may not see it, but fans were aghast at Larson’s behavior. There has been talk about whether Larson ruined her chances for appearing on Bachelor in Paradise. Not in her opinion. She believes the producers love her.

But she doesn’t know if she would join BiP if asked. Filming is set to begin in June, so casting calls may be going out soon. BiP Season 6 villain Blake Horstmann doesn’t see any of the contestants from Season 25 heading to Paradise. He thinks they are too unlikable for viewers.

Check back with us for updates on the upcoming seasons of The Bachelorette and Bachelor in Paradise. Join us on Facebook to chat about all things Bachelor Nation. Or follow us on Twitter for news on all of your favorite shows.