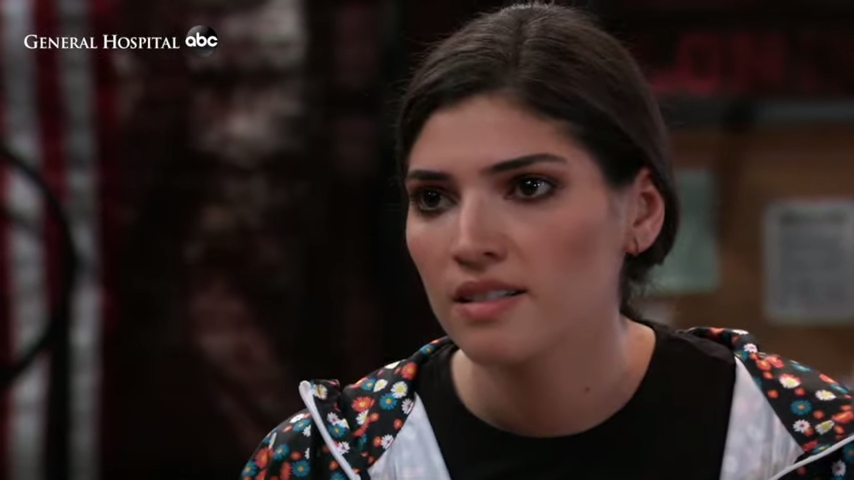 Viewers are not going to want to miss Wednesday’s episode of General Hospital. Spoilers tease that a big development is on the way and the April 7 show will set the stage.

General Hospital Will Be A Busy Place

Both Maxie and Brook Lynn will end up at General Hospital on Wednesday. Spoilers hint that Britt may become a conduit for both of them to solve their problems, at least temporarily. Fans have suspected a baby swap between the two women would come soon. Now, how it’ll happen seems clear.

During Tuesday’s episode of General Hospital, Brook Lynn took a major spill thanks to the heel on her shoe failing her. Unfortunately, she wasn’t alone when this happened. Willow was there, as was Valentin, her supposed baby daddy.

Brook Lynn’s In A Tight Spot

Tuesday’s show confirmed that Brook Lynn’s faking her pregnancy. She’s been wearing a fake belly, so this fall on her “pregnant” stomach was a big problem. Valentin understandably insisted she get checked out at General Hospital. Brook Lynn resisted, but she won’t win this one.

The General Hospital sneak peek for Wednesday shows that Brook Lynn will indeed end up at GH. She’s shown on a bed with a gown in her hand, and she’ll tell someone they need to know something. Will she confess the truth to Britt?

Brook Lynn won’t be the only one getting checked out at General Hospital. Spoilers reveal that Maxie will be there too, on a bed in a gown. Britt will tell Maxie that it’s time to put their plan into motion, and Maxie seems ready.

If Brook Lynn tells Britt the truth about not being pregnant, that surely would be music to the doctor’s ears. Maxie needs someone to take care of her daughter until Peter’s no longer a threat. However, she hadn’t come up with a plan for that yet.

General Hospital viewers speculated that Maxie would end up giving her baby to Brook Lynn for now. Then, she’d claim her own daughter was stillborn. The spoiler-filled preview reveals that Peter will receive a call and rush to GH. The sneak peek showed that Anna and Valentin would be there as well.

Valentin will be anxious, according to SheKnows Soaps. That’s understandable, considering he’s worried about his unborn baby. Anna will comfort him as they wait, and it seems they’ll chat about Peter too. Elsewhere in GH, Brook Lynn will have to get creative and scramble.

It’s certainly bold for Maxie and Britt to think they can pull this off right under everybody’s noses. General Hospital spoilers suggest that the women will get away with it for now and this will spark some crazy developments in the days ahead.