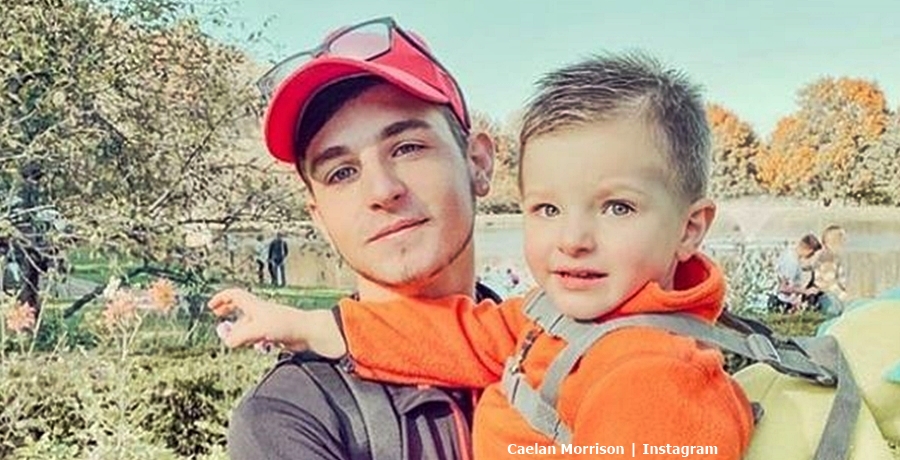 Unexpected star Caelan Morrison seldom shares pictures of his kids on Instagram but he popped up a photo this Easter. Actually, his ex, McKayla Adkins wants her kids off social media, which probably accounts for the scarcity of pictures. However, this Easter, Caelan spent time with the children and the photo of Timothy and Gracelynn looked awesome, fans agreed.

Caelan possibly wishes he could share more pictures of his adorable children. However, McKayla Adkins really gets angry if he does that. We reported that fans expected a blowout from her back in February. It came when her baby daddy shared the kids on TikTok. In fact, McKayla stopped sharing photos of the kids on her Instagram about a year ago, so some critics slammed him for posting them. Meanwhile, on his Instagram, the last time he shared, Caelan revealed a photo of himself with Timothy. That came back in October 2020. Nowadays, hardly any of the photos remain from years gone by.

You might recall that Caelan tried his best and provided a nice home for McKayla. Obviously, Unexpected star Caelan made a huge effort for his family. However, McKayla always seemed critical of everything he did. Eventually, they split and she filed a restraining order against him. Fighting for access to his kids, good news came for him when the courts allowed him weekend custody. So, he scored a major victory in his ongoing battle with McKayla.

‘Unexpected’: Caelan Gets Weekend Custody Of His Kids After McKayla Files For TRO

Since then, he moved on with another woman, and McKayla took up with a mystery man. However, The Cinemaholic reported it’s not clear if he still remains with Hana Fawaz.

Easter with the kids – their dad shared a nice photo

Unexpected star Caelan took to his Instagram on Monday, April 5, and shared his photo of the children. Looking very cute, Timothy and Gracelynn posed with him as he crouched down and put his arms around them.  Both of the kids held their little baskets full of eggs. Smartly dressed, fans love the photo of the kids. Very cute, Timothy wore a waistcoat, longsleeved shirt, and a tie. Meanwhile, his sister wore pastel shades of pink, yellow and blue. In the middle, Caelan looked well-dressed as well. He wore some shades, a jacket, ripped jeans, and black boots.

Unexpected star Caelan captioned his post with, “Easter 2021 🐰.” As fans hear about the kids so rarely, a lot of TLC fans said they felt very happy. Actually, lots of them thanked him for finally returning with a photo at Easter. One of them commented, “So glad you got to see your kids On Easter !!” Next, a fan noted, “Y’all look amazing! The kiddos are so big… it’s soo nice to finally be able to see them!! They’re both absolutely adorable🥰💯💯.” 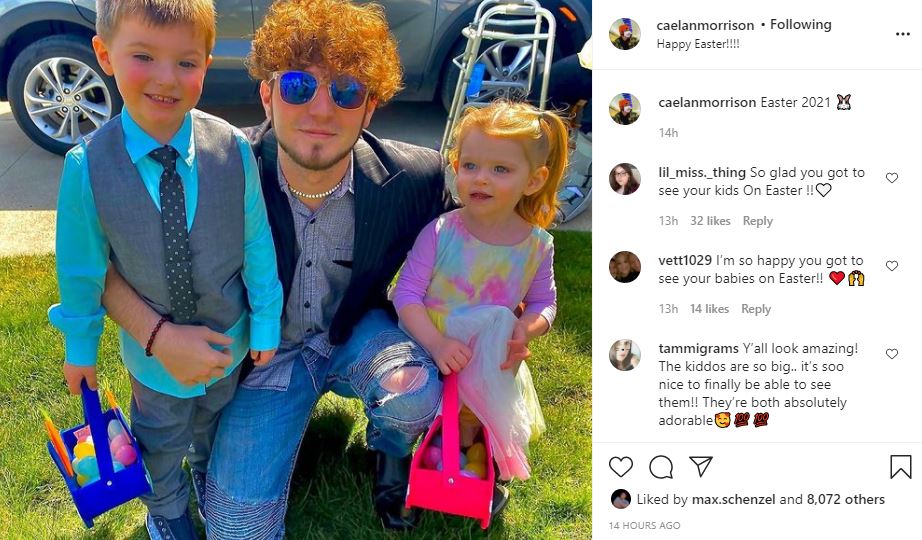 What do you think of the photo that Unexpected star Caelan Morrison shared? Do you agree the kids look very adorable? Should he be posting them on social media? Sound off in the comments below.