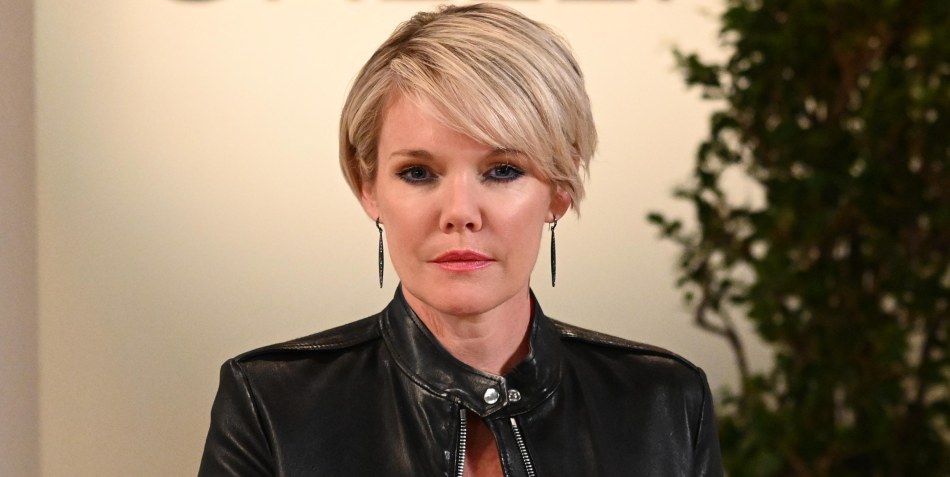 Spoilers for Tuesday’s episode of General Hospital promise lots of action with Nikolas and Ava. She just received another mysterious, creepy gift and this is going to become a big problem. In addition, Nikolas intervened when Cyrus was giving Laura a hard time. Now, the mother-and-son pair will butt heads.

Ava received a creepy gift and note on Valentine’s Day, and then nothing more happened. Unfortunately, a new gift arrived and it was even creepier than what had previously been sent. Kevin was at the gallery with Ava when she opened the box with the fake hand in it.

Kevin will probably try to offer Ava some therapeutic advice after seeing the gun. She may open up to him about the other gifts, and it wouldn’t be surprising to see this conversation touch on Ryan and his supposed current condition.

According to SheKnows Soaps, Nikolas will clash with Cyrus. That conflict actually happened, or at least started, on Monday, but there’s more fallout ahead. Martin specifically warned Nikolas about Cyrus and suggested he keep a close eye on his mother. It seems Nikolas is already working on that, but Laura may not be entirely happy with his approach.

The General Hospital preview shows Laura yelling at Nik. She’ll tell him that he had better not even think of going to work for “that man,” which seemingly references Cyrus. Will Nikolas be able to calm Laura down and formulate some sort of strategy for how to move forward?

Regardless of Laura’s cautions, General Hospital spoilers detail that Nikolas won’t stay away from Cyrus. In fact, the two men will meet up during Wednesday’s show. Nik will lay it all out for Cyrus, seemingly revealing quite a bit of information. It’s likely not wise to give Cyrus much detail about anything, but for some reason, Nikolas is choosing a different path.

Does Cyrus tie into the creepy gift situation? The most logical guess in ordinary times would be that it’s Ryan doing this. However, he’s supposedly incapacitated. General Hospital viewers know that’s not entirely true regarding his condition, but it does seem likely someone else is doing this.

Could it end up being Spencer? Nikolas opened up to Ava about his ongoing issues with Spencer, as the teen is not happy about this marriage. Whoever is behind this is seemingly ready to escalate and General Hospital spoilers suggest that this will get intense and juicy in the days ahead.