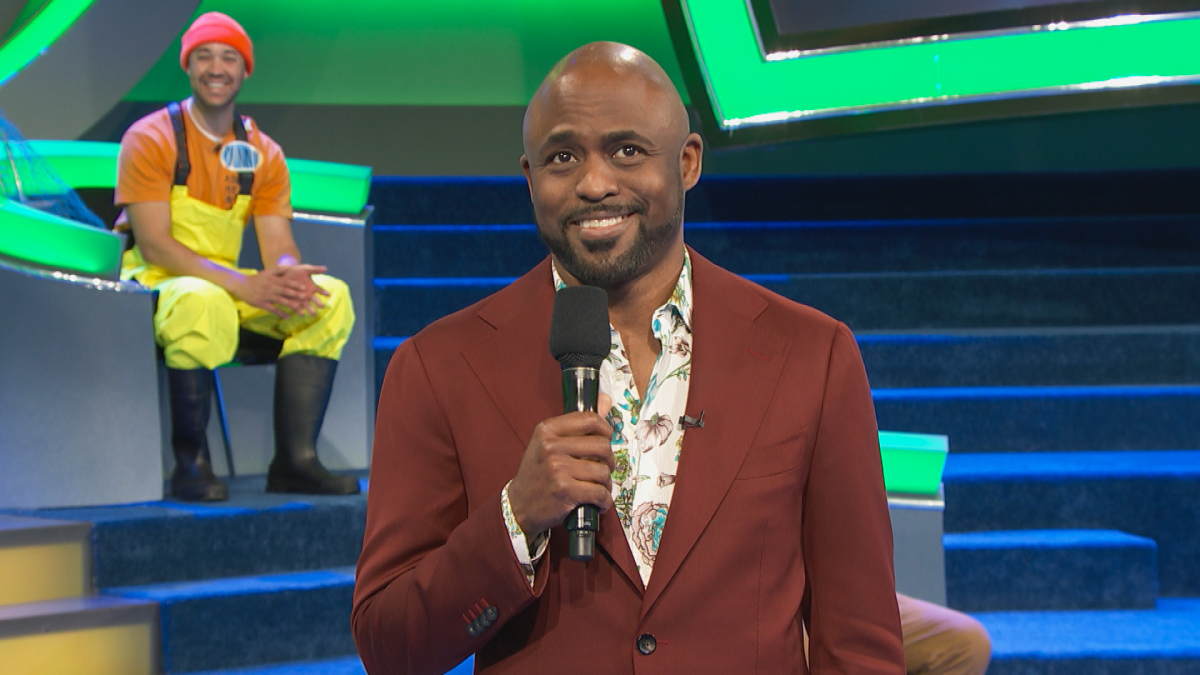 The Good Fight Season 5 has landed Let’s Make a Deal host Wayne Brady. He’ll play a love interest for someone at the law firm, but who will it be?

There is absolutely no doubt that fans are looking forward to The Good Fight Season 5. The show is one of those that has been hit by the pandemic when it comes to filming, but maybe that’s a blessing in disguise. TVLine reports the exciting news that comedian and host Brady is joining the series in a recurring role.

The publication offered a little bit of information about the character, including the fact that Brady will play the love interest for someone at the Reddick-Lockhart firm. However, fans don’t get to know exactly who it is just yet. There are plenty of guesses, and it’s clear that TVLine has the information but isn’t sharing it just yet.

Brady will play Del Cooper. He’s a comedian-turned-executive at a top streaming service, which seems to suit Brady to a tee. He ends up being linked romantically to one of the lawyers at the firm while also being professionally linked with the same person. This could give a few things away, with many fans hoping that he’ll play the love interest for Audra McDonald. Could you imagine the two singing together?

Robert and Michelle King, the EPs for The Good Fight, describe Del as having “wit, confidence, and charm.” Yes, this suits Brady. Will he even need to act?

Right now, there are no details on when he will show up, and fans don’t know the amount of episodes he’ll appear in. With a recurring role, it could be anything from two to all of the episodes in the season.

Cush Jumbo and Delroy Lindo are back! They will return in the season 5 premiere episode to finish out the storylines for Lucca and Adrian. #TheGoodFight pic.twitter.com/LpWH5RjYPM

Who Else Is in The Good Fight Season 5?

Brady is just the latest in a list of actors joining the show for the fifth season. Just recently, Homeland vet Mandy Patinkin signed a one-season deal. He’ll play a lawyer with no experience who happens to open a court at the back of a copy shop. That sounds like it’s going to lead to trouble.

Charmaine Bingwa will also join in a series regular role. She’s replacing the hole left by Cush Jumbo and Delroy Lindo leaving after the fourth season. Bingwa’s character, Carmen Moyo, comes from a working-class background which is sure to help her connect to some of the more difficult clients of the firm. She understands them completely.

TVLine has great news for those who need closure for Jumbo and Lindo’s characters. They will return for The Good Fight Season 5, despite confirming their exits at the end of the fourth season. It’s the least the Paramount+ series could do after the coronavirus brought an abrupt ending to the fourth season with three episodes still to film.

What do you hope to see on The Good Fight Season 5? Who do you think Brady’s character will be the love interest for? Share your thoughts in the comments below.

The Good Fight Seasons 1 to 4 are available to stream on Paramount+.